After breakfast, which was waffles, sausage and orange juice . . not diet food but it surely was good, we began working on the fence.  The first thing Vince did was put the rebar into the ground.  I helped measure and he drove the pipe into the ground every 5 feet.  Then I went in to do some housework (get the corned beef cooking, laundry, ironing and soon . . knitting) but I went out to check on Vince and take him some water and caught him sitting down on the job.  He’s so funny!  He had gotten all the PVC pipe on top of the rebar and was working on getting the chicken wire put up on the bottom.  We will line the edges of the chicken wire with rock and that will keep rabbits out of the garden. 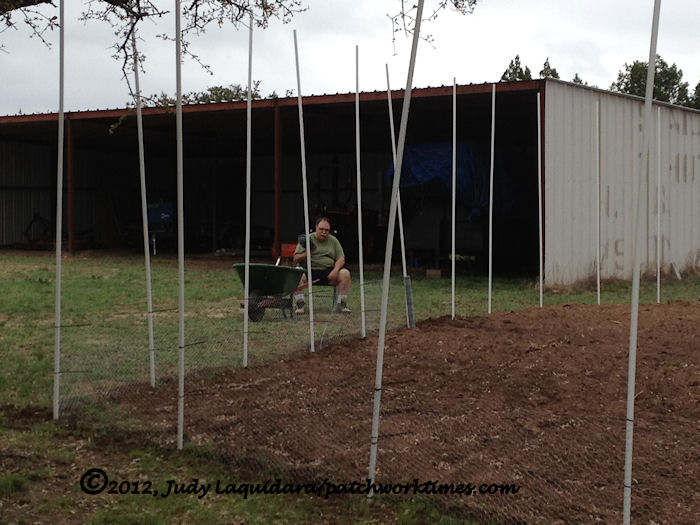 I went back into the house and did some more housework and went back out to take him some juice and found him sitting down again!  Do you remember when he fired me because I wasn’t doing a good job??  I think he and I might need to discuss his work ethic!  🙂 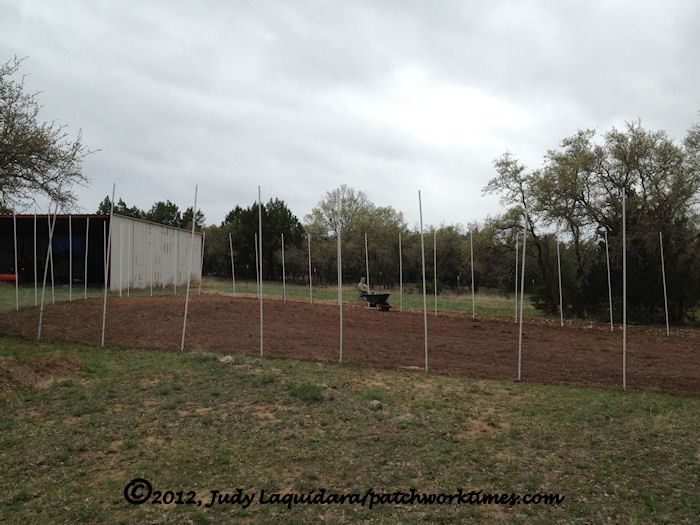 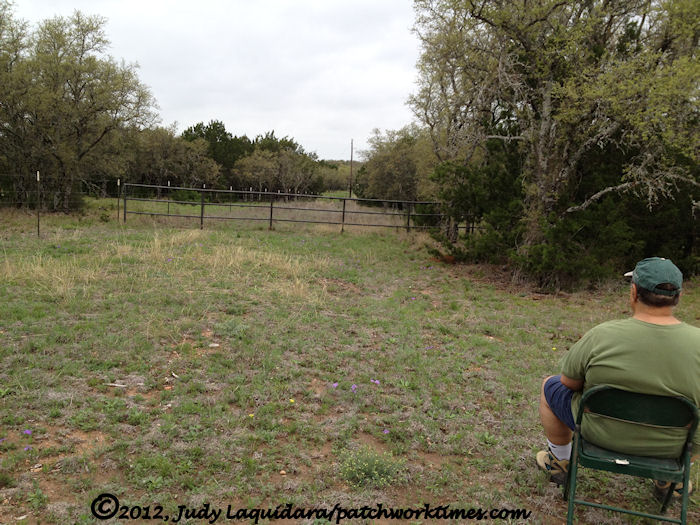 Then he said “Look how pretty it is looking through here.”  He was just sitting there day dreaming.  He wants to put a little gazebo over there in the opening between where he’s sitting and the pipe fence.  The electric and water lines run just to the right (a few inches only) from where Vince is sitting so it would be real easy to have something there with power and water.

We love our little piece of Texas!