I do believe that 1996 model Chevy S-10 will live forever!  Friday when Vince went back to work, something happened to it and it didn’t quite make it back to work.  When Vince called to tell me, I said “Oh, good!  I’ll pick you up and we’ll go buy a new truck!”  Really . . how long do you keep patching on a 16 year old truck?  Oh, no!  It can be fixed!  Vince and his buddies decided it was the alternator, got the truck started and drove it home.  Then, he decided he would work on it himself.  Vince is not a mechanic!

Saturday morning we ran some errands and bought a new alternator. 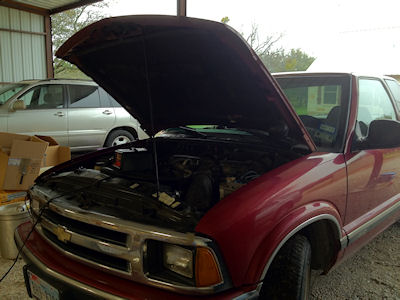 Most of the day, it was storming . . lightning and thundering and pouring rain so I sat in the house and knitted and hoped he could get it fixed because he really wanted to fix it himself.  He did get it fixed.  After charging the battery for a while, he made a run to the landfill.  The back of the truck was loaded with our trash from the past week and as many boxes as he could stuff in there. 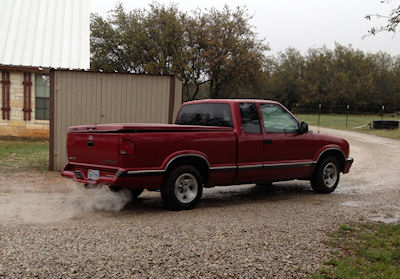 Off he went. I wondered if I would ever see him again. 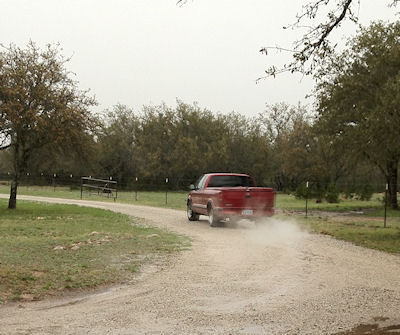 I asked him to take his cell phone.  He didn’t.  From here to the landfill isn’t far so  I figured if the truck broke down, he could walk back home. 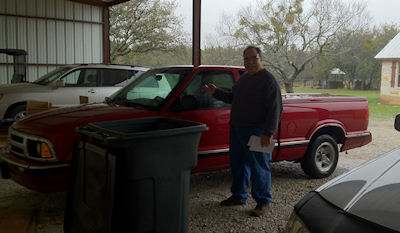 He made it back!  His truck is fixed.  He’s so proud of himself.  I think I’ll keep him but do we have to keep that S-10 pickup?