Speck is doing great since his little lumps were removed.  I gave him a pain pill the first night but haven’t given him anything since.  He’s doing his normal running and jumping.  Tonight I was in the sewing room putting up fabric and Vince brought him over to me.  Vince said he was sitting on the back of the sofa watching the door and whining . . waiting for me to come back. 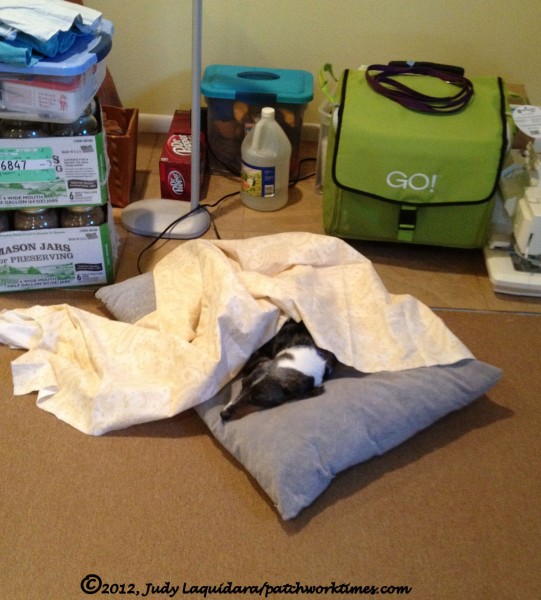 You can see we’re starting to move in and it’s beginning to look like a “Judy Room” with lots of stuff around.

When Vince set him down, he ran around the room 3 or 4 times like it was a race, then poked his head in the closet that was open, then curled up on his pillow.  I threw a piece of fabric over him and that’s where he stayed til it was time to go to the house.

He gets his stitches out a week from tomorrow so I think he’s going to be just fine.