Every time I make this recipe for Louisiana Baked Beans, Vince goes on and on about how good they are and how I should make them more often. I’ve added a Texas flair because I now add jalapeno peppers. 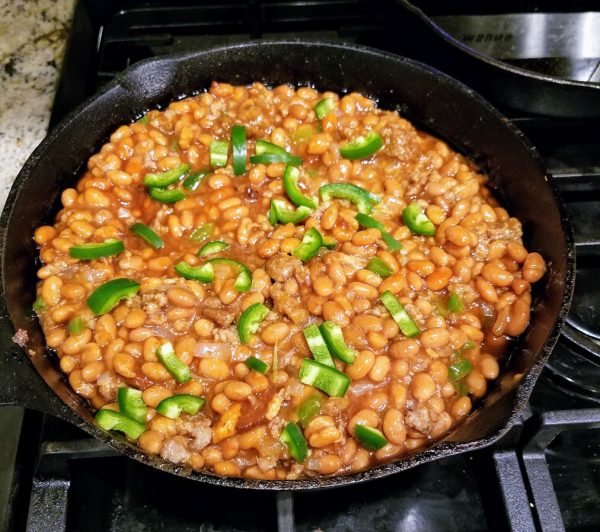 I mix in part of a jalapeno pepper and then I sprinkle the other part of it on top.

I’ve become such a lazy cook. I brown the sausage in the skillet, then toss in the onions, bell pepper and jalapeno. Once they’re sauteed a little, I add the beans and the rest of the ingredients, give it a stir, then stick the skillet in the oven. No use messing up another dish, right? 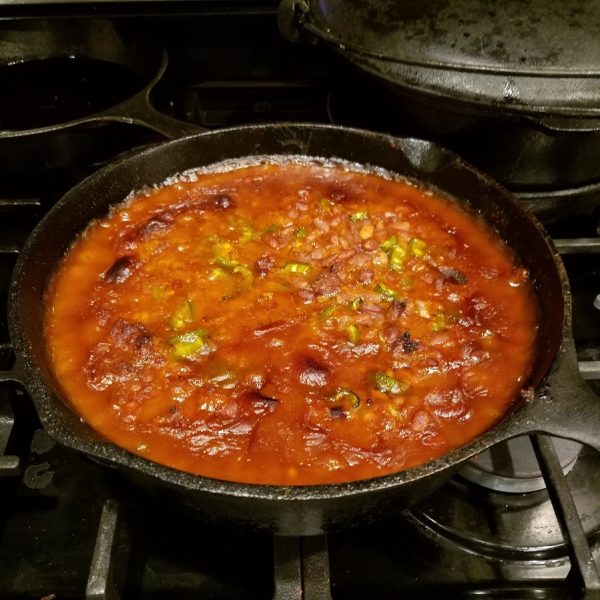 These truly are so delicious! Vince said “Maybe you can make another pot of these to leave for me to have while you’re gone!” I said “How about I give you the recipe and you make yourself a pot?” That wasn’t the answer he wanted. I think by the time these are gone, he won’t be wanting more beans. There are two 28 oz. cans of beans in there . . that’s a lot of beans for two people.