I wasn’t going to do it. Everyone else who has a freeze dryer seems to be addicted to freeze dried ice cream but I’m better than that. I’m using my freeze dryer for more important things, definitely not . . ice cream. 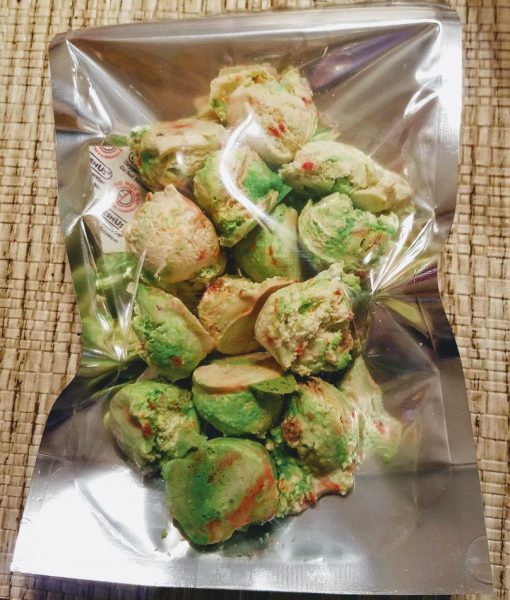 The entire half gallon was reduced down to six of these bags but it’s a yummy snack and doesn’t have to be kept in the freezer. Now that I’ve let myself freeze dry ice cream, I’m sure I’ll do it again.