We all know that so much of what happens around here is someone else’s fault. I never mind giving blame where blame is due.

I had seen Miss Babs‘ newsletter that Yowza was going up in price on December 1 but hey . . I don’t need any more yarn so I wasn’t going to even look at the website. Then Denise started telling me how much she loves Yowza, how much she likes her sweater made with Yowza, how she dreams about Yowza every night. OK . . she didn’t say that last thing, but it did cause me to go look at Yowza and you know what happened then.

I had been looking at Aileas an it would work with Yowza so I ordered enough to make the cardigan. 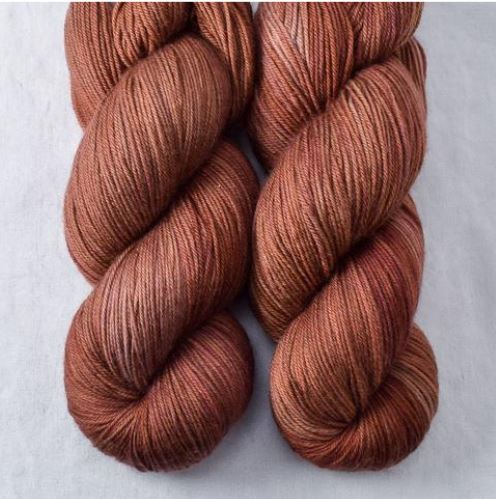 Rusty brown isn’t even a great color for me but I love it and since Vince lived in Georgia for many years, he’s always talking about the Georgia clay.

Maybe I shouldn’t declare victory quite yet . . but I do think that’s the last of the yarn buying for this year.