Vince finished Cat’s new tree. It’s very nice but she is not happy with the tree; not happy with Vince and not happy with me but she’s not been my friend for a while. I thought this afternoon might be a good time to try to win her over, and maybe get to pet her a little but no, she is angry at the whole world. 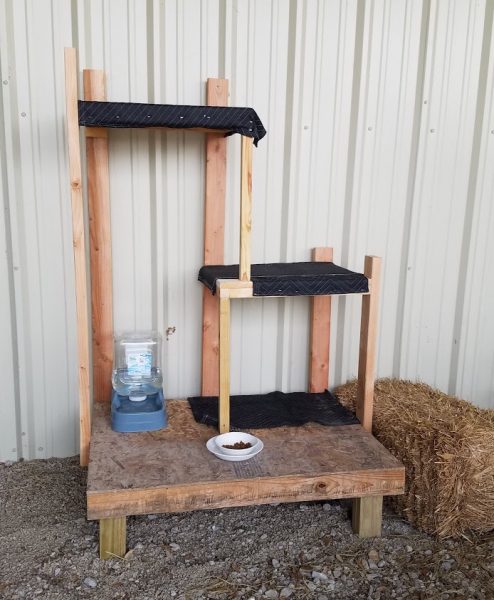 Vince found some moving blankets he had bought but never used so I cut one of those up and made “pads” that he stapled to the wood. He has the heating pad made for outdoor cats that will go on the top ledge. She’ll probably just get used to it like it is and then he’ll put the heating pad up there and she’ll be mad again.

It’s so weird. I left the pieces of the moving blanket in the sewing room. I went back in there and Boots was curled up on it. Cat won’t go anywhere near anything new . . Boots loves new stuff.

Hopefully by tomorrow Cat will decide it’s safe and a good place for her. It’s going to be cold Monday night and colder Tuesday night so I hope she decides it isn’t so scary.