Today was supposed to be Cupcake Chicken but we planted the garlic this morning and then I had to rush to get ready for the dentist appointment and I would had to have had the chicken in the smoker by around 1:00 p.m. to have it done so I switched tomorrow and today’s menu plan. But, the only thing we had that was on the menu was the cabbage roll casserole. I had planned to fix cucumber salad but Vince asked for Brussels Sprouts Chips . . again. He also wanted to try some new pasta I bought so I fixed that and left off the green beans. 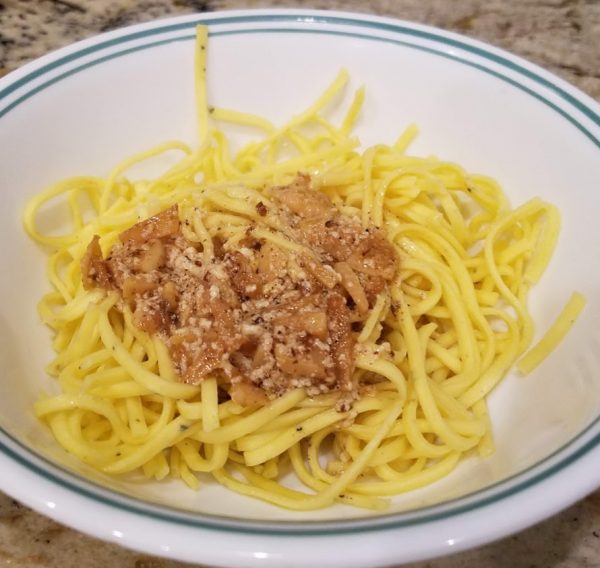 The pasta is a black truffle pasta and it has little flecks of truffle. When I was separating the garlic cloves, there was a huge one. I was determined it was two pieces stuck together but it wasn’t and I broke it so I used it. For the pasta “sauce”, I chopped that giant clove of garlic, sauteed it in butter, added about 1-1/2 cups of wine, reduced that, added a bit of Half & Half. It was delicious! 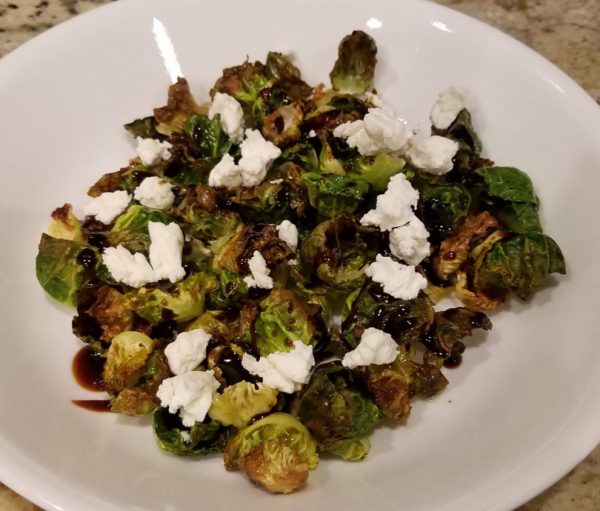 What can I say? We cannot stop eating these things! How did I survive all these years without these in my life?

When we were at Abilene, we stopped by T. J. Maxx and they had truffle balsamic. This was already reduced and about the consistency of chocolate syrup so I didn’t have to do any reducing. I just drizzled it over the Brussels Sprouts Chips. 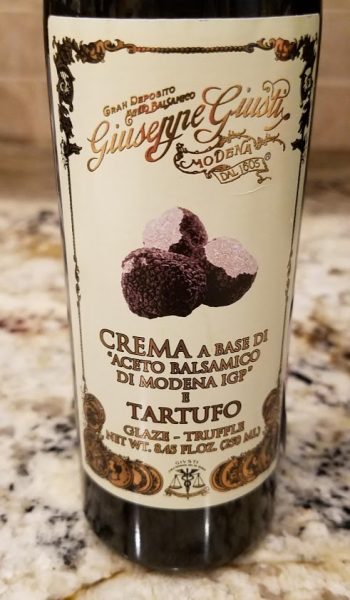 I told Vince I was going to try it over the chips. He said “You’d better taste it first.” I thought . . truffle . . balsamic . . I could drink that stuff so I wasn’t worried but I did taste it before drizzling it over the chips. Perfection! There were three of these little bottles of truffle balsamic and we got all three of them . . thank goodness!