Yesterday I kept looking at the Strange Brew book, trying to decide what I wanted to work on first. I also need to get started on the It Takes a Guild Knit Along but next week, I have a road trip one day, medical tests, a dentist appointment and I want to start the knit along when I’ll have several full days in a row to give it my undivided attention so for now, I’m working on smaller, easy to finish projects. 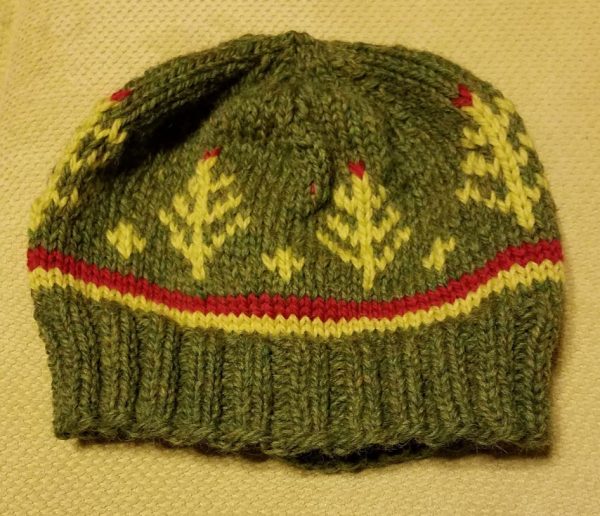 This is actually an adult size hat but it’s more like a beanie and tighter than I like my hats so I may save it and give it to Addie in a few years. It still needs a pom pom but I’m probably going to let Nicole make the pom pom. She does a good job and I don’t really like making them. 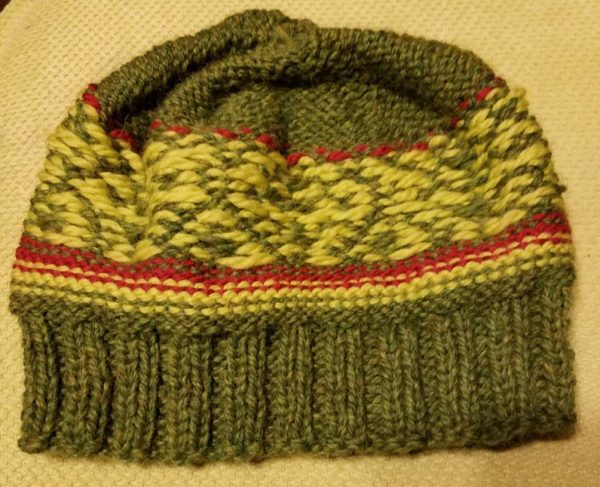 My floats are looking neater.

The tiger hat I did for Addie and this one are both done with Cascade Eco + wool, which is real close to bulky weight. My hands have had enough of that for a while!