I’m not much of a drinker. I wish I liked alcoholic drinks more . . sometimes it would be nice to have a drink socially or just have one at home when I know the mail lady is bringing boxes of yarn and I know there’s going to be a stressful situation!  No, not really. I would never count on alcohol or anything to help me deal with issues. I buy the yarn . . I can take the heat

But, last year someone introduced me to Buffalo Trace’s Bourbon Cream and that stuff was amazing. We can’t buy liquor in our grocery stores so I asked Vince to stop at the liquor store in town. That’s where I found the Bourbon Cream last year. He said “I’ve never been to that one. We’ll go to the other one.” Well . . I’ve been to that one and I got what I needed but I didn’t say anything. We went to the other one and they didn’t have the Bourbon Cream and aren’t getting it. Darn it! The lady said “Have you ever tried Rum Chata?” Nope . . but we will. I was going to get a small bottle just to try but Vince insisted on getting the biggest bottle. I’m glad he did. 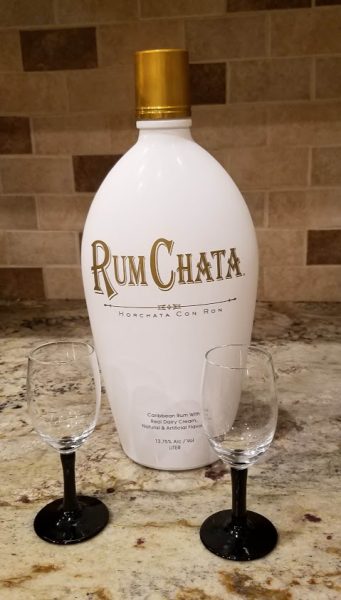 It tastes like a cinnamon roll! It is so good! 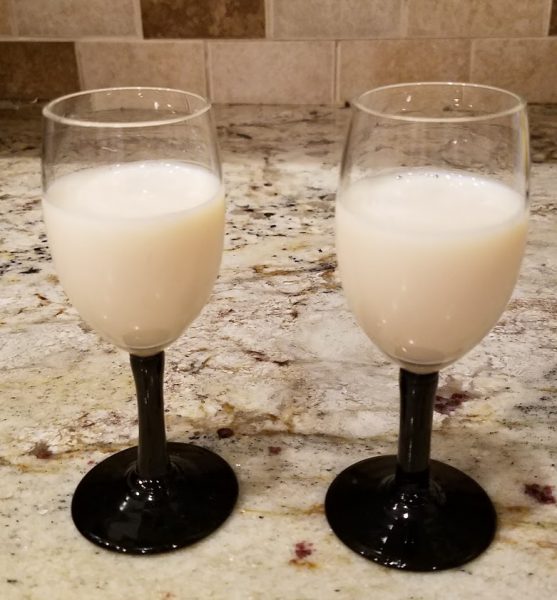 Yes, those glasses are as small as they look. You can bet we’ll use bigger glasses tomorrow . . like maybe a quart jar!  🙂

Seriously, I’m going to pour some of the drink in a jar and put it in the freezer and then serve it in a larger glass tomorrow.