Vince bought tuna steaks on sale yesterday so he was going to grill them today. 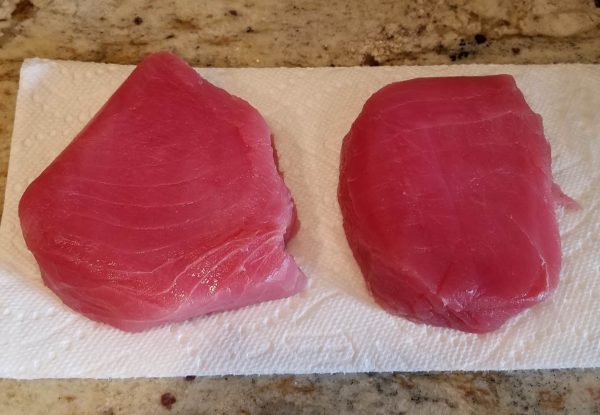 I asked him if he happened to pick up any ginger because I like to marinate them in a ginger/soy sauce mixture. He said no, he didn’t think about that but he would run to the store and get some. I told him I hadn’t pulled up my ginger yet so I’d run out and get some. I grabbed a sprig from around the edge of the container . . which was all we needed for the two steaks. 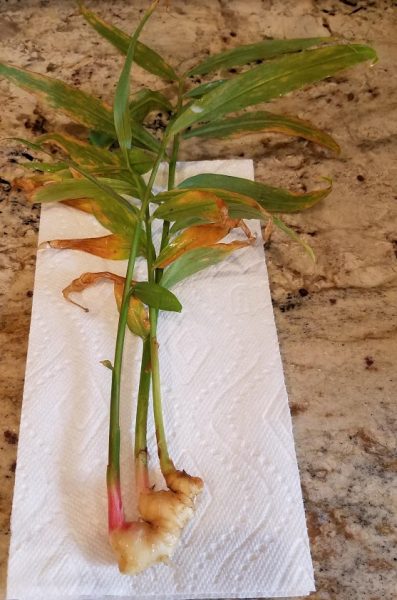 Fresh, tender ginger is so much more potent than some I buy that’s very woody and has dried out a bit. I came in with the sprigs and said “You’re lucky you have me for a wife! How many people have fresh ginger growing?”

He said “I can’t imagine having anyone else for a wife!” I hope he meant that in a good way!  🙂 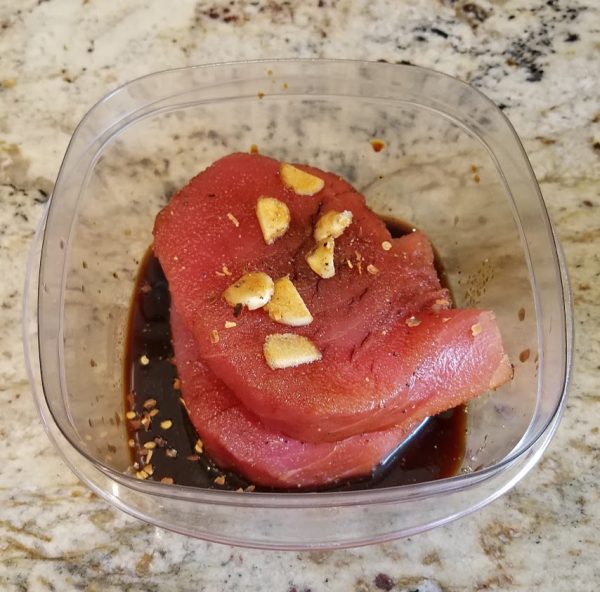 The sliced ginger was placed under the bottom steak, between the two steaks and the a low sodium soy sauce was poured over it all. I turned it a couple of times during the day.

I forgot to take pictures but it was perfect. Vince grilled it to a perfect rare! We split one steak so we have one left. I’ll sear it, then cut it into chunks and put it on top of salads tomorrow. He bought the steaks on sale for $6 so our meal tonight cost us $3 for the meat. Can’t beat that.