The beads I ordered arrived today. 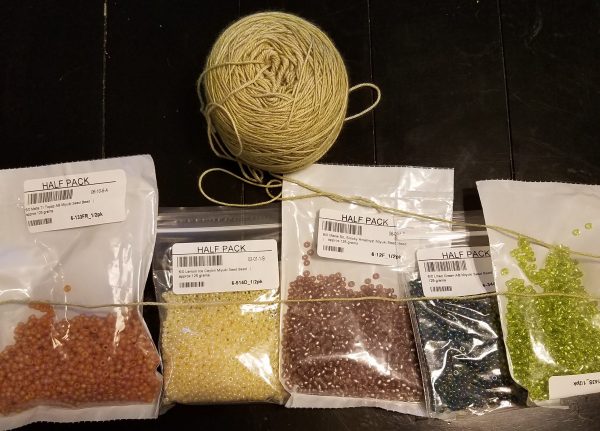 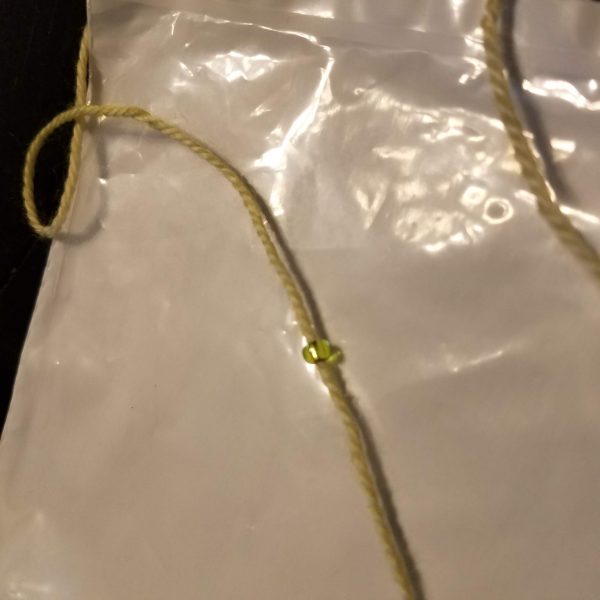 I wish these colors were better. I had hoped to finish the socks today, work on the second dress, and get started on this shawl since I knew the beads were arriving today.

After dropping Addie off, I ran by Walmart, which seems to happen every morning because they don’t keep the things on hand that I keep on hand. This morning Nicole used the last of the ham to make Addie’s sandwich, they were on the last box of drinks for Addie’s lunch, they were out of ziplock bags and I needed some bias tape to fix something for Nicole’s grandmother. We have been shuffling keys to the house so I had keys made.

Came home and did some laundry, then Chad was home from hunting so he got the smoker going and I got lunch ready. Nicole came home for lunch, then Chad and I went out to ride by a couple of houses that are for sale. It wasn’t long before it was time to go get Addie, then put the finishing touches on dinner. After dinner, Chad and Nicole rushed out to go hunting.

Last night we were a bit late getting Addie to bed. She needs to be in bed by 8 and it was 8:30 by the time she got in bed. The later it gets, the more of a fight she seems to put up so I went to lay down and read her another story. Yep, I fell asleep and she was probably still awake. Since I was asleep before 9, I was up at 4 a.m. Took Speck for a walk and sat down to knit on the socks. Nicole was up at 5:30. That’s the most knitting I did all day.

Tomorrow . . I will work on dress #2, finish the pink socks and hopefully get to start on the shawl. But . . here we are at bed time again. Last night Addie wanted to play on her tablet and it was too late so I told her that tonight we would go to bed at 7:30, and then play on our tablets til 8 . . then it’s lights out and goodnight! We’ll see how that goes . . probably much better for me than for her because I’m pretty sure I’ll again be asleep before she is!