I’m home alone except for Speck. 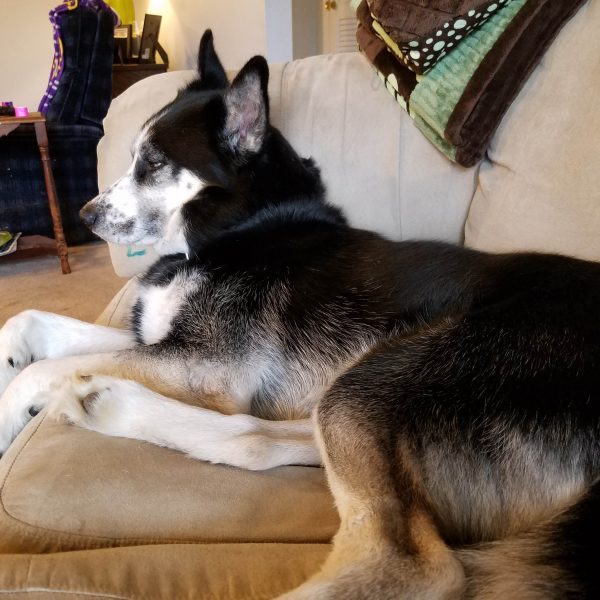 He isn’t supposed to be on the sofa and he knows it. Nicole knows he stays on the sofa though so I’m not about to make him get down. The minute he hears her drive up, he will get down and pretend he’s never been on the sofa. So long as she doesn’t read my blog . . neither of us will be in trouble. 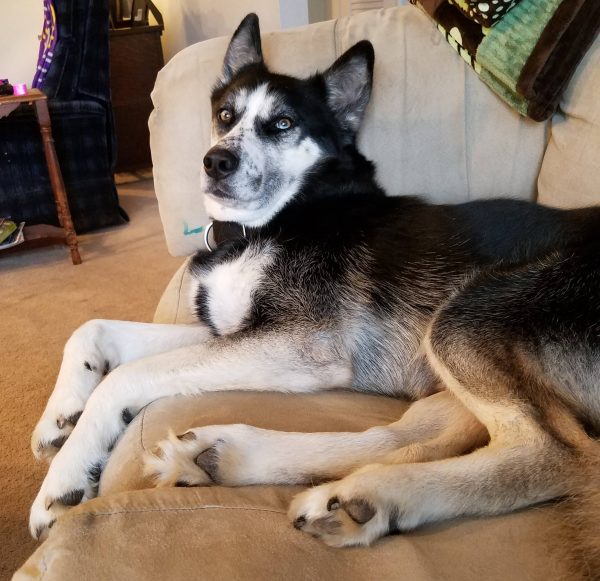 He was trying to sleep but there was a fly on the window, near the top . . out of his reach but he kept a watchful eye on it.

He’s such a good dog. They were so lucky to find him and he was lucky to find them. It’s just like Rita (except Speck arrived with good house manners) . . someone either lost him or dumped him. They tried every way they could to find his owner because they didn’t want a big dog and were living in an apartment and weren’t supposed to have a dog.

Addie loves him and he loves her but I think everyone loves this sweet dog.

I crack up every time Addie calls her cat Boots. They have Boots and Speck . . just like our dog and cat.