Anyone remember when I got the two barn cats from the program where they catch feral cats, spay/neuter them, give them shots and then give them to people in the country for controlling mice? It was in June, 2015 when I got two of them . . Gypsy and Rose. They told me to leave them in the crates for a few days so they’d learn where “home” is and then let them go but leave a little food and water out for them. I kept them in the crate for a few days and when I opened the doors to the crate . . they were gone . . so fast I didn’t even see one of them leave!

From time to time, we catch a cat that I think may be Gypsy. 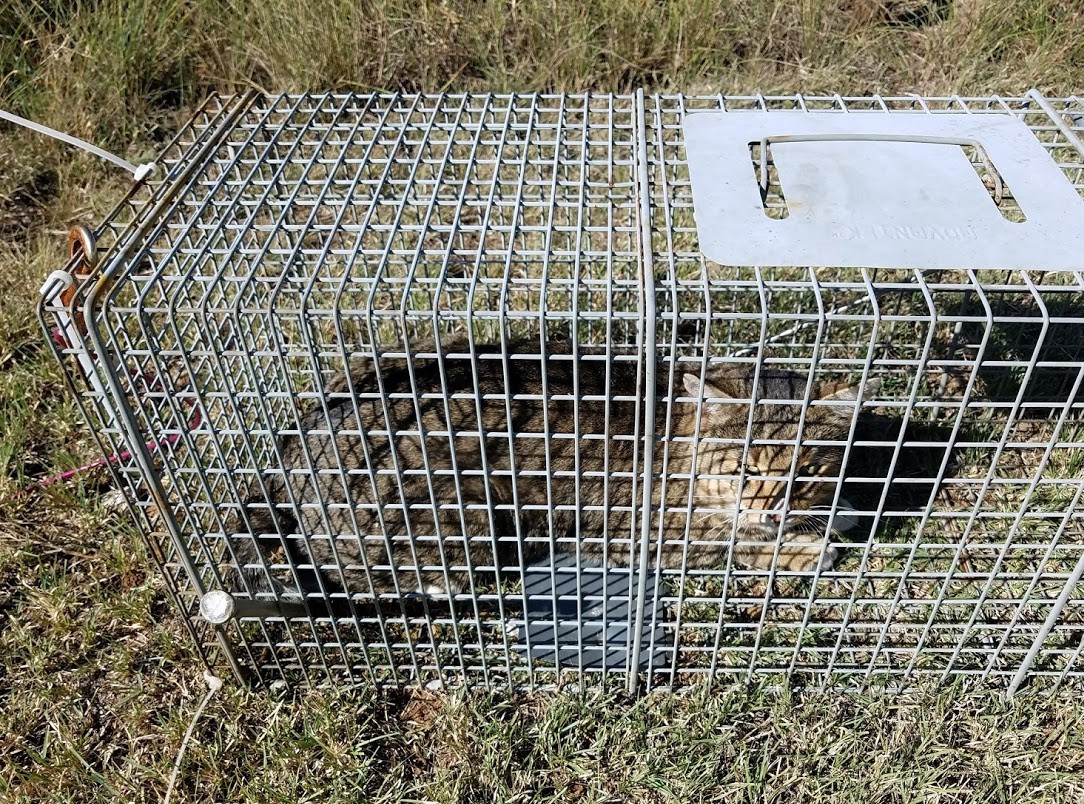 My blog readers didn’t think it was Gypsy.

Last night, we caught this one. 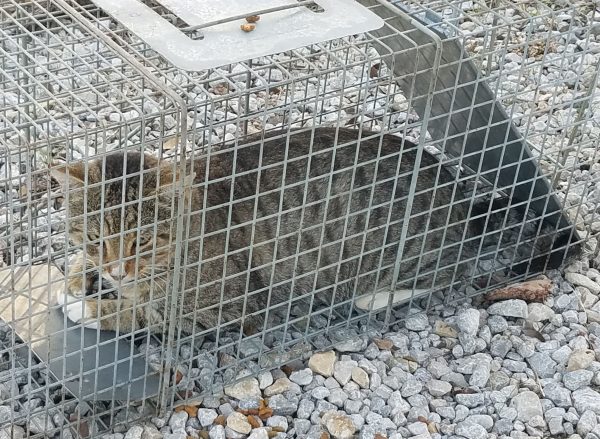 I’d like to think it could be one of them . . maybe Gypsy. I love the pattern on his/her fur. She was fat. I told Vince . . whether it’s Gypsy or not . . she looks like she’s eating well. He said “She’s doing more than Cat who only sits around on her fat a** waiting for someone to fill her food bowl!”

This cat has such a sweet face. I wish we could tame her and keep her but the last thing I need is a third cat, though if we knew the truth, I’m probably feeding way more cats than I realize. This one was definitely not friendly . . not aggressive but probably really scared. She hissed and growled and when Vince let her go, she was gone in a flash. Maybe we’ll see her around again but probably not any time soon.