The corn on the trays that had been in the freezer was all frozen this morning so I dumped it into 2 big zipper bags and stuck it back in the freezer. 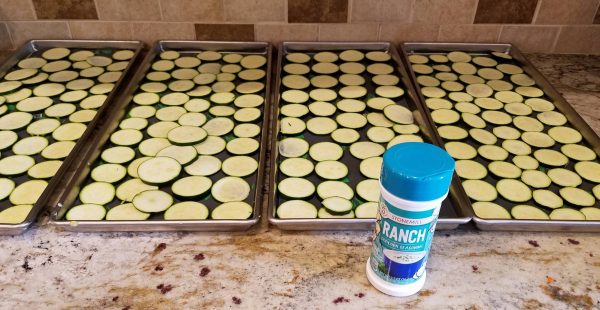 I sprinkled a little Ranch popcorn salt over the sliced zucchini. My initial thought was to put them in the freezer and let them freeze, then take them out, put parchment paper on top and add another layer of zucchini and use cajun seasoning on those. I’m thinking . . zucchini chips. 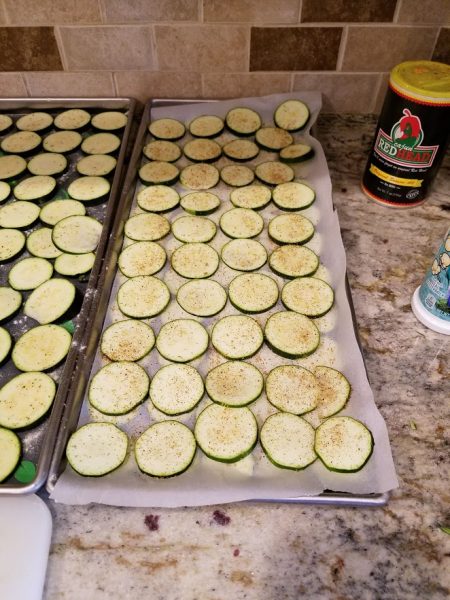 I did one tray without freezing it and the powder was sticking a bit so I put the other three trays in the freezer for a while. I think I can triple layer the zucchini if I need to because a single layer is only about 1-1/2 zucchini and I have more zucchini than trays.

We’ll see how much I end up getting done with just two layers.