The minute I finished that blog post where I said I’d write about the foundation . . I forgot all about it.

The only reason I knew to water the foundation was because back in the early 80’s I was living in Jasper, Texas and we had foundation issues. People began to ask “Are you watering your foundation?” Like most of you, I had never heard of that. I had grown up in southwest Louisiana and we went to great effort to keep water from coming over the top of our foundation!

We learned that when ground dries out horribly, it cracks and contracts and that can compromise the foundation, causing cracks and shifts. Most houses, at least where we’ve lived, have water and drain pipes in the foundation and when foundations crack and move, not only does your house settle and you get cracked bricks and separations around your windows and doors but you can also have issues with pipes. We know people here who’ve had to re-run all their water pipes through the attic and down the walls because of foundation issues.

Here’s a blog that talks about it and here’s an article from Texas A&M. When we lived in KY and MO, we had droughts . . nothing like the ones here in Texas but as soon as I saw the ground cracking, we spread out our soaker hoses and began watering.

We keep soaker hoses around the house . . all around it. 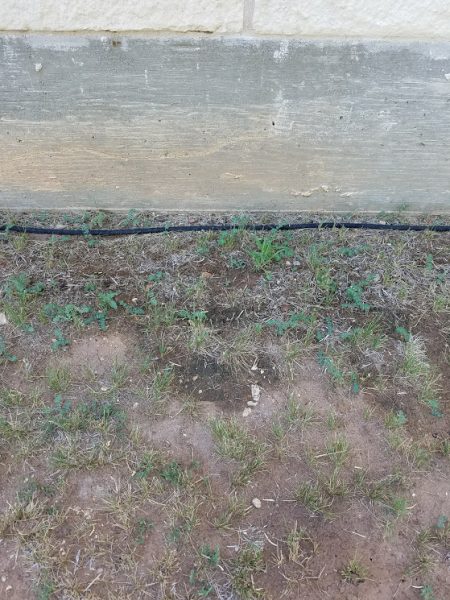 This is on one side of the house and you can see how far out the water has run and that much of the ground is damp. It was just yesterday that I watered. 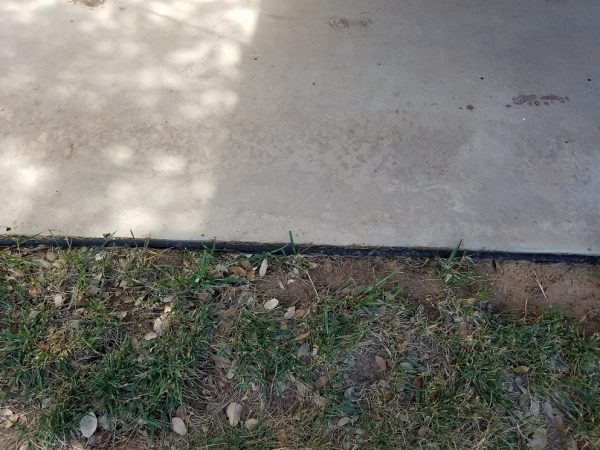 This is along the front porch. 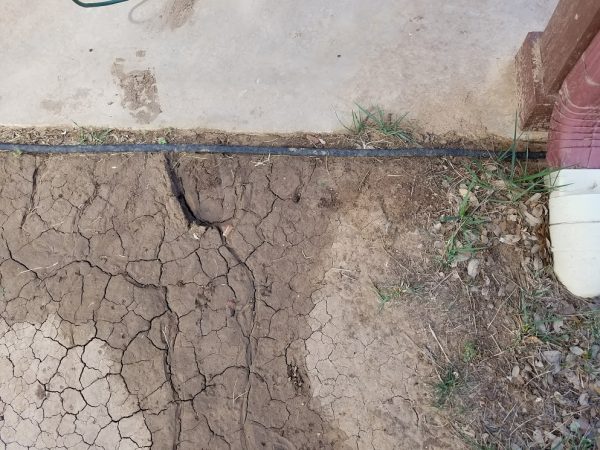 This is on the other side of the porch. You can see that Vince stepped in the mud and made a big footprint.  You can also see that even though the ground is wet and I water it often, the ground is still cracked.

Watering is not a guarantee that we still won’t get cracking and shifting but I try to do the best I can to keep that from happening.