One of the first things I saw after I got my first solar oven was a double metalware cooker but it seemed to only be available if you bought the solar oven package deal and, at that time, I didn’t see the need for a second solar oven. Now that we bought a second solar oven, we did get the package and I got the double cooker but, they also have it that you can buy separately now. 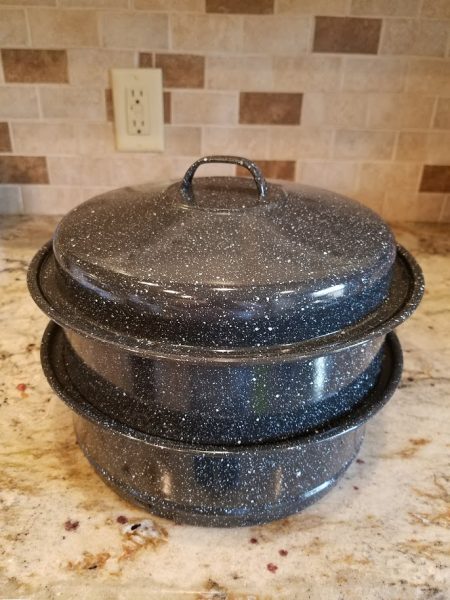 Early on, I had watched a video and several people said they put roast, potatoes and carrots in the bottom of their cooker, a cake or brownies in the top and had a meal and dessert in one pot. I could never find that cooker but not long ago I found one at Walmart that I thought might work. 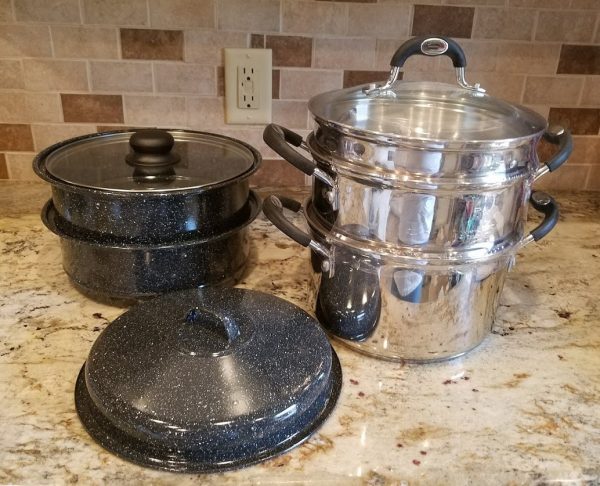 I came home and stuck it in the solar oven and, it was way too tall. I never opened it but today, I realized it actually has three pans. Two are regular pans and the top one is a steamer.

One of the problems it that very tall handle. The dark one barely fits in the solar oven with the metal lid. The handle on the lid is touching the glass so, if the shiny one, with a different top is no higher, it will fit in the solar oven. 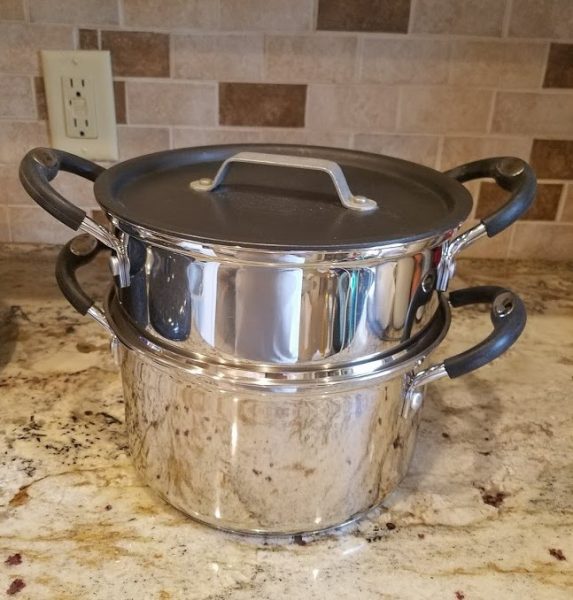 It’s going to be very close. 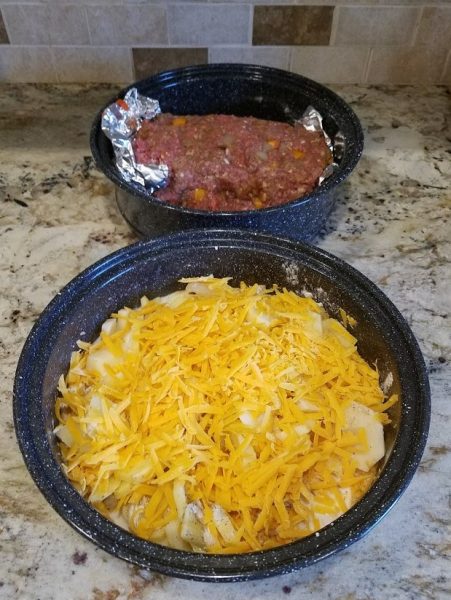 I used the double cooker today and made a meatloaf and scalloped potatoes. Turned out perfect!