Last night I sent a message to my friend’s daughter on Facebook. I never know if people who aren’t my friend on Facebook will see the messages since they go to “other” or something like that but she’s probably way more computer literate than I am and she saw it right away. 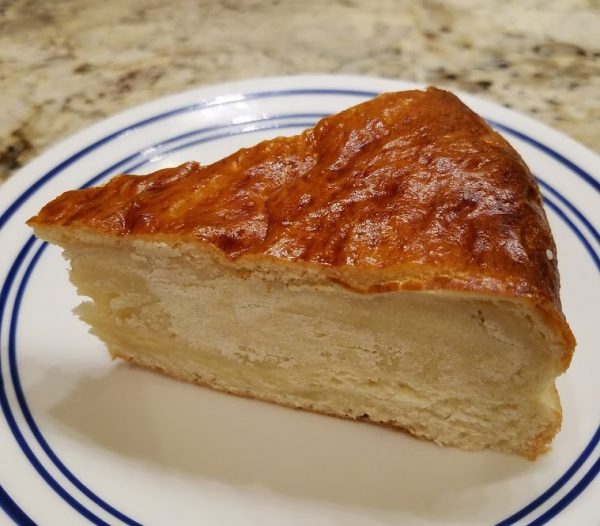 It is called “Kada Bread”. I would never have figured that out without her help and I think this is the first thing I’ve ever asked about that at least a few of you didn’t know about. I’m so glad I was able to get in touch with my friend’s daughter.

I found a couple of recipes online – really just two or three. This recipe has a filling that I think is similar to what my friend brought back but it doesn’t have yeast. This recipe looks more like what I had, except for the shape, but the filling has no sugar. I will combine the recipes to get what I think will work.

These are both obviously translated from another language and I question if I’m really supposed to bake these at 180° or 150° but maybe so because the sugar in the filling does not melt. It stays pretty solid.

I will do my best to combine these two recipes to make what I think is similar to what we had, I will probably bake it at 150° and see what happens. It’s just a little flour and sugar that will be wasted if it doesn’t work and the only way I’m going to be able to have these is if I make them myself or . . if I drive to Katy (about 5 hours away) to get them and somehow, I’m thinking Vince would not agree to that trip.

Today is not a day when I’ll be able to bake but I’ll let you know how it turns out when I do try it.