The chickens love it when we give them treats. Leftover salad. Cucumbers that have gotten mushy. Fruit peelings. I cut zucchini that got too big in the garden and freeze it and on the hottest of days, I toss out frozen zucchini to the chickens. They pretty much will eat anything I throw out there.

We had a watermelon that wasn’t good so we gave it to them. I couldn’t believe how quickly they cleaned that thing out and it was a huge watermelon. 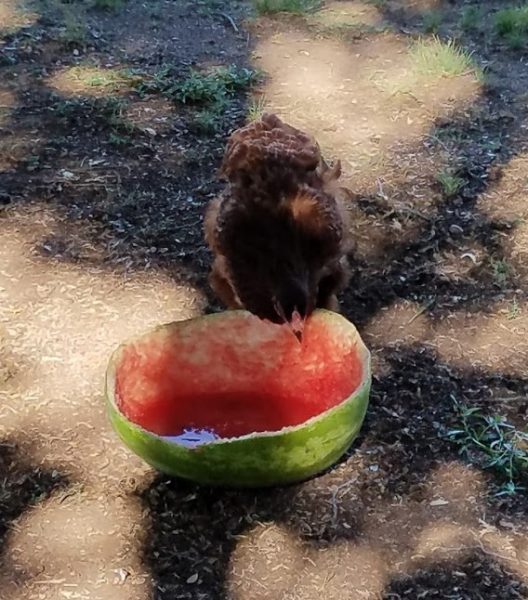 I don’t know why the ground looks so weird in that picture. It must have been the shadows. Don’t worry . . it doesn’t really look like that.

Speaking of chickens, when I passed down the road in town where I had seen the rooster on the side of the road . . the last two times I was by that way, I didn’t see him. I didn’t see feathers or any sign that something got him so either someone caught him and took him home or he was in the woods and I just didn’t see him.