First, I should have known something was up with Vince. I love snow cones and he moans and complains . . you’re paying for ice and sugar! And . . cream I might add!

This afternoon he said “Would you like to go to town and get a snow cone?” No! There has to be some ulterior motive here but I love snow cones enough that I’d play along and make all the stops with him in order to get my snow cone.

Seriously . . stop at the first store you come to . . go in, ask. If they sell them, buy one . . if not, stop at another store or . . don’t get one. That conversation went on all the way til we got to one of the little stop & rob stores and I said “STOP HERE!” He wanted to know if I thought they sold them .. YES! Go in and see! Yes! They did . . he got one and that conversation was done!! 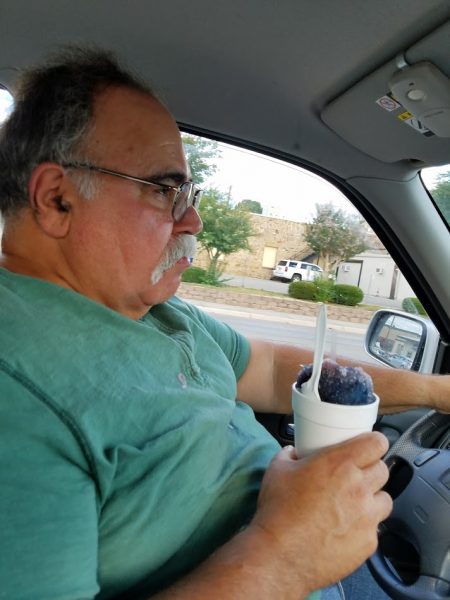 We did get our snowcones, though judging from his expression, I like them more than he does! I guess it was worth having to go to McDonald’s, CVS, and Kroger.