At night, the chickens all get locked up in very secure coops. Monday evening, it sprinkled just a little about dusk and the bugs must have been on the move because the chickens were running around chasing bugs, and having a feast. I waited and waited and it was getting dark and they still were out chasing bugs. Finally, it appeared they were all in and I went out and shut the coop doors. Tuesday morning I went out to let them out and there was one hen running around. She stayed out all night! I’m betting she was scared and didn’t sleep much but . . it was her own fault for not getting inside the coop on time. 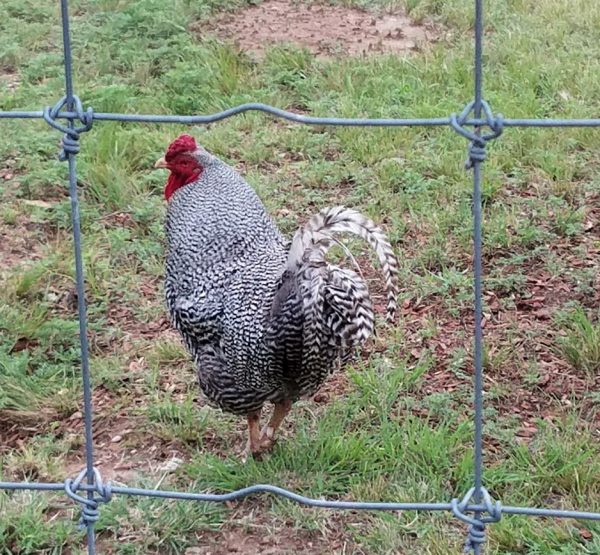 I’m surprised Wilbur didn’t let me know there was a hen outside. He’s so good about staying out til all the hens are safely inside. He’ll usually try to round them up if he’s ready to go in and they aren’t. I guess he got tired of waiting on the hen or maybe it was dark enough he thought they were all in. He doesn’t talk much so I have no idea what happened. I really like him. I’ve never tried to pick him up, and I wouldn’t, but I can reach down and pet him every now and then. He doesn’t so much like it but I like it! 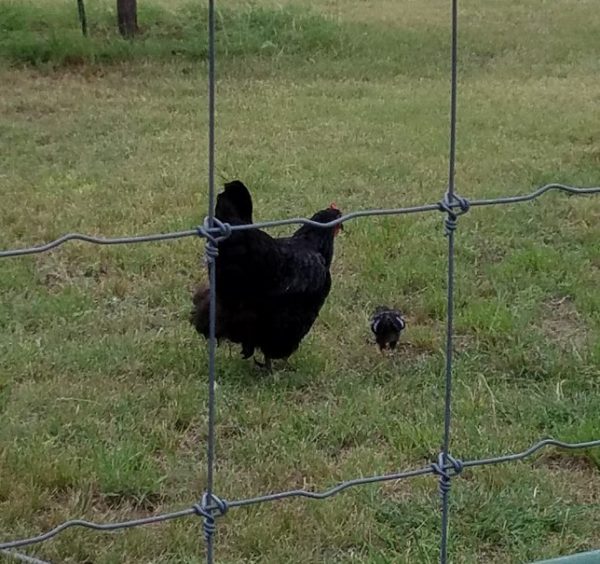 I love being able to sit in my chair and knit, glance up and see the mom and her baby. At the end of the day, she is probably one tired hen! That little chick has endless energy and she stays right on it’s tail. She’s a good mother. Not all hens are.

Speaking of mama hens . . the little black bantam finally gave up. She quit nest hopping and has gone back to laying eggs and apparently has lost interest in having babies. The other big hen . . she’s still nest hopping. I have two eggs marked and I chase her around the coop, retrieving unmarked eggs and putting those two under her. She’s not sitting on two golf balls and two marked eggs. Or, that’s what she was sitting on as of about 7 p.m. last night. I’m not sure why she’s going from nest to nest and leaving eggs behind. I’ve never had hens do that and between the two of them this summer, they have caused me to toss about probably ten dozen eggs. So frustrating. I hope they get over that nest hopping and never do it again.