Obviously, I spend too much time on the computer. I’m such a creature of habit that when I get a computer I like, I want it to last forever. I had one I loved and it didn’t last forever. Same way with my tablets. My old iPad is limping badly. It hardly has any battery life and will not work long if it isn’t plugged in but I use it all day. My knitting patterns are on it. My recipe app is on it. I got a Samsung tablet – it isn’t my old iPad. I got a full size iPad . . I’m still using my old mini iPad that I love. I hope it lasts forever but I know it won’t.

One trip to MO and Addie came sailing up in my lap when I was holding the notebook and that started its demise. Then a few too many crumbs got under the keys and then a couple of the keys had almost totally quit working and while trying to clean underneath the keys, one went flying off and never would stay on again. Vince ordered a new keypad. Did not like that at all. Vince found another keypad and it was a little better so Vince decided it was time for a new laptop. He ordered one. I thought a touch screen would be nice. New laptop arrived and I used it a day or so but didn’t like it so I put it aside and went back to the old one.

Then a part broke and another part broke .. nothing lasts forever. I was forced to start using the new laptop. I used it a few weeks and finally said, Vince . . I just do not like this notebook. He used it for a while and said “I don’t like it either!” So . . we went shopping where I could touch them and feel them and hopefully find one I liked. You never know til you use it a while though. We got one, I used it for a few weeks and didn’t like it so much either. The mouse button you hold down didn’t seem to “grab”. If I was highlighting a paragraph, maybe only half the paragraph would get highlighted. Vince said “You need an external mouse.” NO! Then he said “They just don’t make them like they used to!” That’s sad but I guess everyone else is happy with them. I just want my old laptop back. I want it to work right and not have broken parts!” Yes, I sound a bit like a 2 year old.

Even though I didn’t like the first new laptop, I did like the touch screen and after getting used to using it, not having it on the second new laptop was kind of frustrating.

Yesterday Vince was shopping at lunch and came across some pretty nice laptops on clearance so he called and asked me if I wanted one. It has the touchscreen and a few other features that made him think I might like it. Vince spent most of yesterday evening updating the computer and getting it set up. I sure hope I like it because if I don’t, I’m afraid I’m out of luck. I don’t think he’s going to be too happy if I say “I don’t like this one either!”

Now I’ve used it for a few hours and while I’m not ready to say this is my “forever” computer, I like it so far! 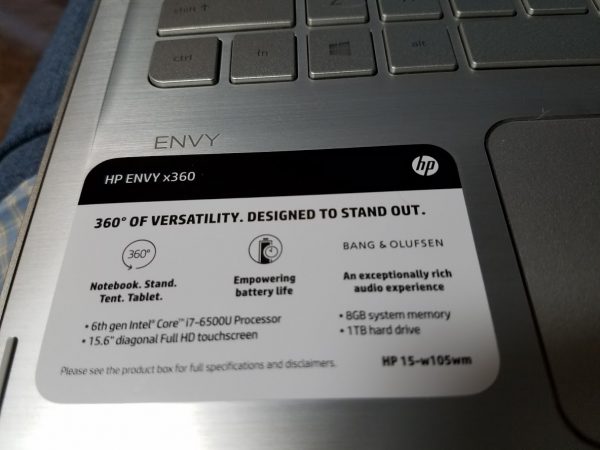 The new computer is an HP Envy x360. I’ve read the reviews and it probably isn’t a computer for gamers.  I love the keyboard. That has been the first thing I disliked about the other two. The mouse buttons seem steady and don’t “let go” before I’m ready for them to let go. 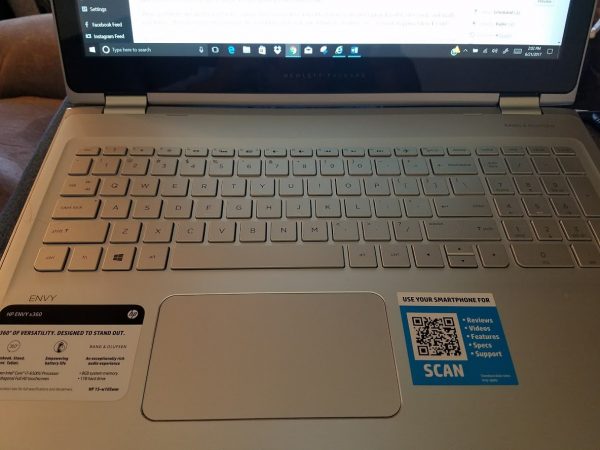 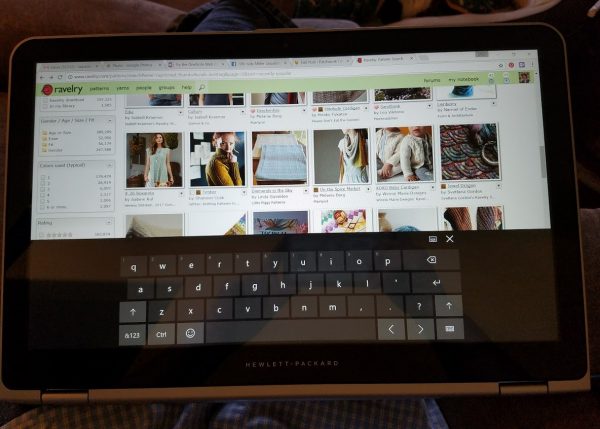