A “new to me” squash that I grew this year was Boston Marrow. In my blog post after the hail storm, I had shown a picture of one of them with a bit of damage. 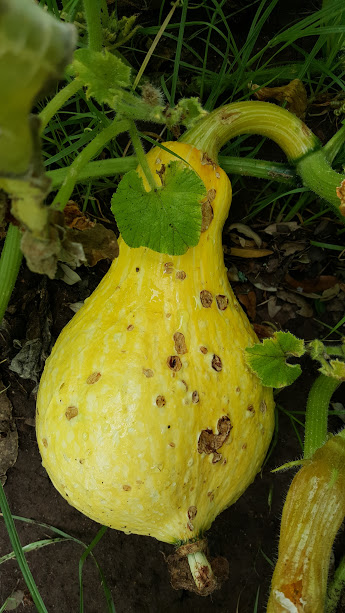 Last weekend it had grown enough that Vince picked it. 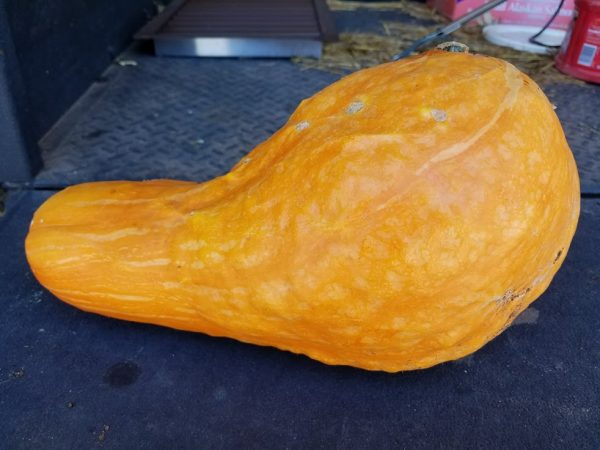 I wasn’t sure what to expect. The funny thing is that so many of the squash type veggies – acorn squash, hubbard squash, seminole squash, pumpkin .. cook them exactly the same and it’s hard to tell the difference. This one pretty much fits into that category. 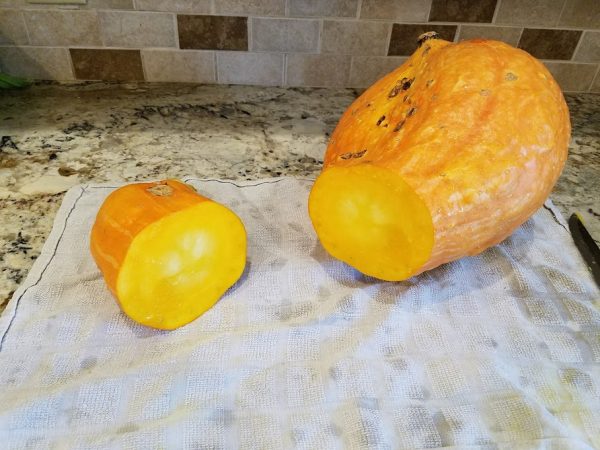 It was super easy to peel .. kinda like peeling a zucchini! It was easy to slice. When I’m processing pumpkins, my hands hurt for days because they’re so hard to peel and cut.

The lighter area in the above photo is where I’m starting to cut into the seed cavity. 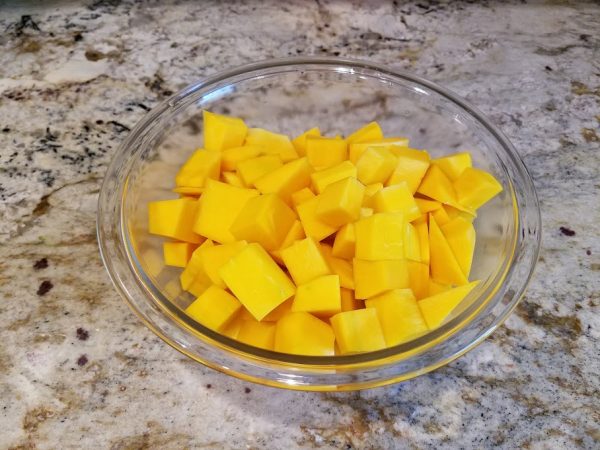 I cut some of it into chunks and steamed it til tender, then mashed it and added seasonings to make it similar to a sweet potato casserole. 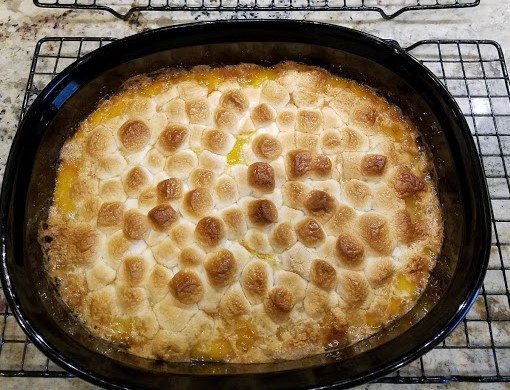 It was delicious! The squash ended up being so light and smooth. Even Vince commented on how smooth and light it was. The texture was more like pudding. It was delicious! I had not even used a mixer – just mashed it up by hand with a potato masher. 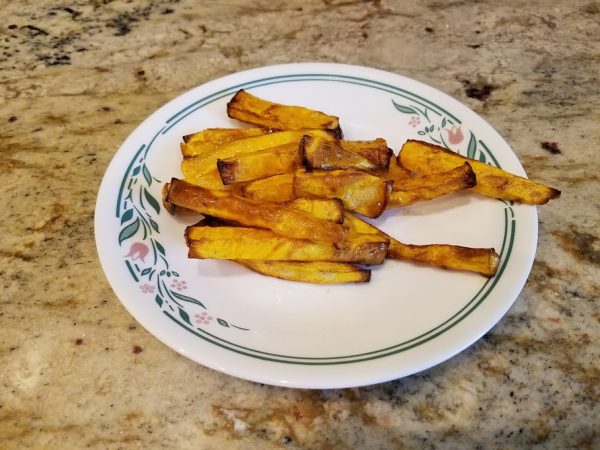 Later, for a snack, and a bit of an experiment, I sliced some of it up like fries and put them in the air fryer. Once they were tender, I added a bit of melted butter and tossed them with cinnamon and just a very little bit of sugar. That was really good!

This is a squash I’ll grow again.