This morning I went out to the garden of, of course, there was more zucchini that should have been picked  yesterday. I don’t have time today to make more pickles. I don’t need any more zucchini in the freezer for zucchini bread. There was a pound of ground meat in the fridge so I decided to make zucchini boats.

Only one of the zucchini was used but the rest of the veggies were used for lunch!

Fried eggplant, the beets were roasted and went into a salad, along with the carrot. Everything else went into the zucchini boats. 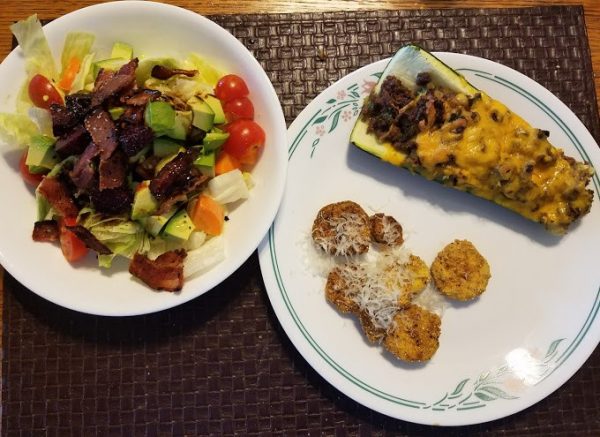 The center is cut out of the zucchini. If the seeds are big, and they were because the zucchini was a bit overgrown, I remove most of those and toss the seedy area and save the rest of the pulp. 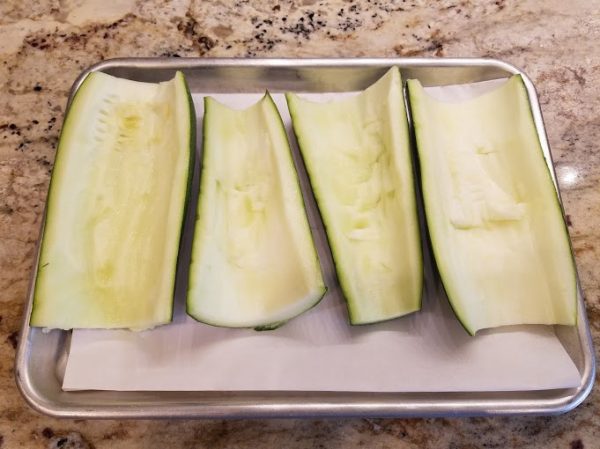 Chopped onions, garlic, jalapeno pepper and bell pepper was sauteed in a bit of oil. Seasonings were sprinkled onto the zucchini, then the chopped zucchini was added and cooked down a bit. The ground meat and seasonings were added and browned. A little grated cheese was added.

Then the mixture was stuffed into the hollowed out zucchini. 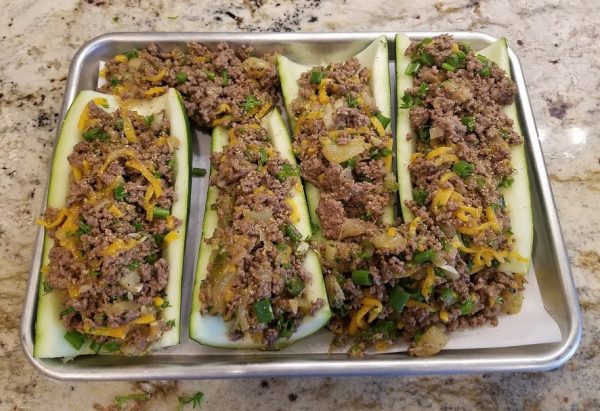 Those were baked at 375° for about 40 minutes. A little extra cheese was sprinkled on top and left in the oven til the cheese melted.

Simple, yummy and since I made four . . we have leftovers for another meal.