Last week we got a big ham on sale (half price – $4.22) at Aldi. I baked the ham, then took the bone out and boiled it for making soup. Yesterday was soup making day. 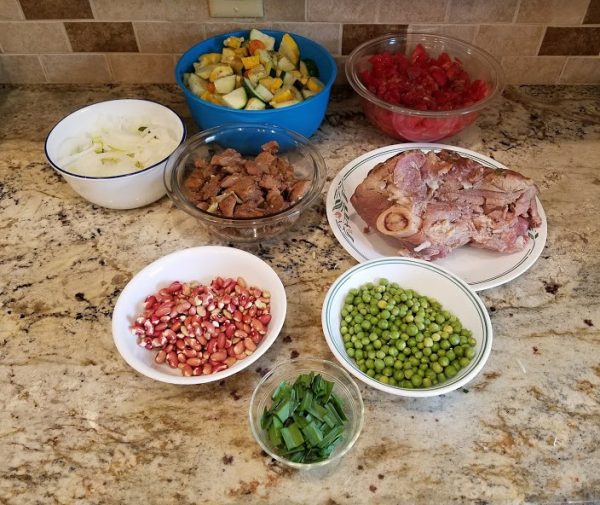 I took everything we had in the garden – zucchini, yellow squash, leeks, the last of the sweet peas, anasazi beans, carrots, onions, jalapeno peppers, bell peppers, tomatoes and some leftover green beans from Friday, along with corn cut from fresh corn from the grocery store. I also added some okra that I canned last year . . okra isn’t producing yet. I also had two packages of stew meat that I browned, then cooked in the pressure cooker. 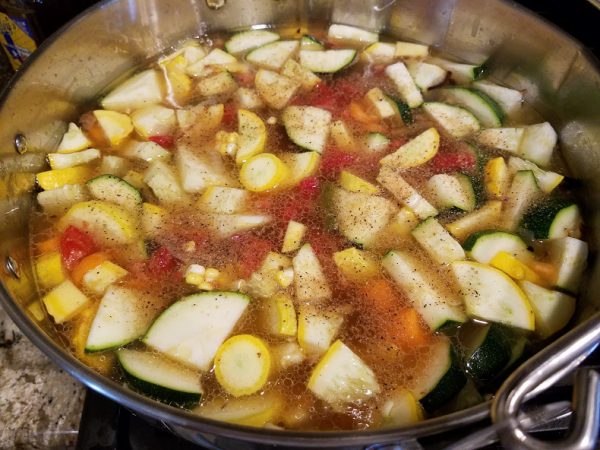 The soup simmered for a few hours and then I filled 7 quart jars and canned it. 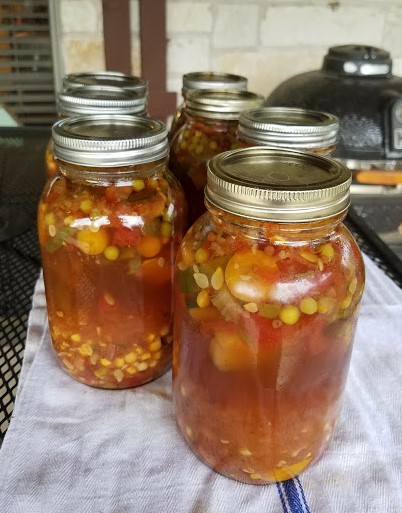 It will be so nice during the winter to have soup that was made from our fresh veggies. 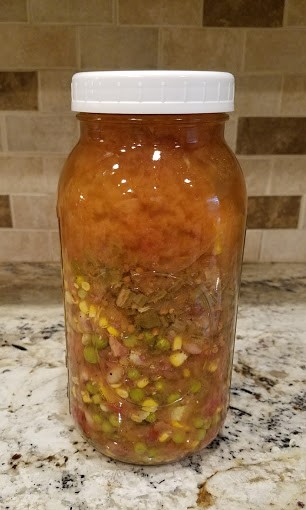 Half Gallon of Soup

There was enough soup leftover to fill a half gallon jar, which didn’t get canned but went into the fridge. We’ll use some of that for lunch today and have the leftovers in a day or so.

It was a lot of work but it will be so worth it to be able to open those jars of soup later.