When I was a little girl, my grandparents pretty much grew it or they didn’t eat it. At least you know where I got this crazy idea that we should grow all our own food.  🙂

My dad sometimes had a garden and sometimes didn’t. He was more into raising meat. He had rabbits, quail, pheasant – things that he butchered and we ate. He also had peacocks. I wonder if we ate those. I probably don’t want to know. At our house, we ate storebought green beans and I remember hating it when my grandma fixed green beans because they were not like the green beans we were used to having. At some point, I realized that the home grown green beans were not so bad. I still like anasazi beans, purple hull peas and cream peas better than I like green beans but I LOVE those other beans. 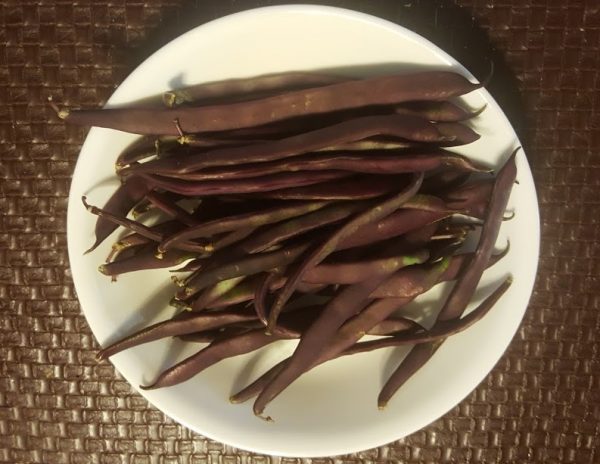 My friend, Dianne, had sent me these purple bean seeds. They’re actually Purple Pod Bush Beans, though I have mine growing on a trellis and they’re climbing right up the fence. The write up about them says they’re ready in 56 days and that’s pretty much exactly how long it took mine to begin being ready to be picked. This year I planted a few seeds of a variety of beans just to see which ones did well and which ones we like best. So far, the only two we’ve tried are the borlotto that I wrote about the other day and these and both are definitely winners. 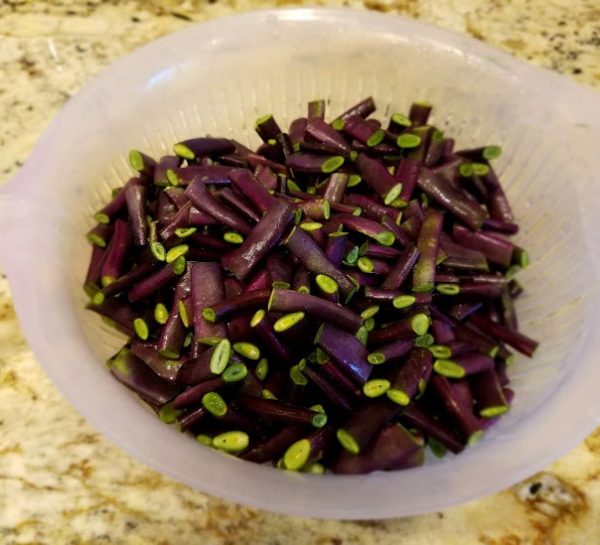 The inside of these beans is green and as soon as they get in hot water, they turn green, and look exactly like regular green beans. 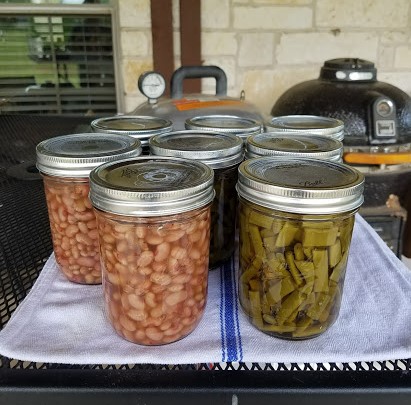 Last night I picked anasazi beans, shelled those, snapped the purple beans and canned them all this morning. Four pints of each but I cooked an additional 3 pints of green beans – some for our lunch and some for the soup I’m making. I believe the canner is going to be busy, along with the canning lady, for the next few weeks.