Home . . after a long day on the road. I got in last night shortly after 7 p.m. I’m so thankful for time I got to spend with family and friends. While in Louisiana, I was able to have some of the best food Louisiana has to offer.

Chad fished and fished! I think he fished every day except one and they may have gone fishing that evening. 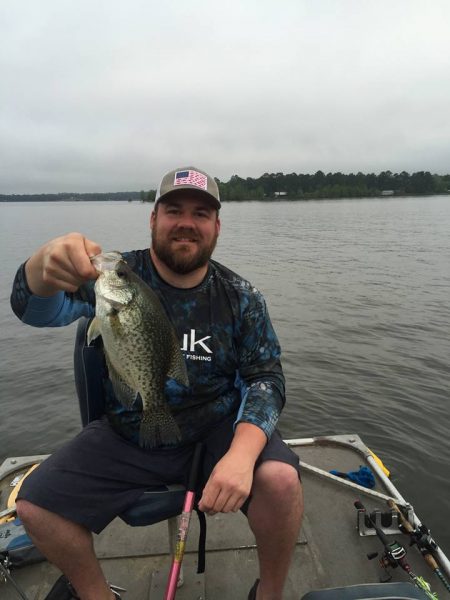 We had fried fish one night. 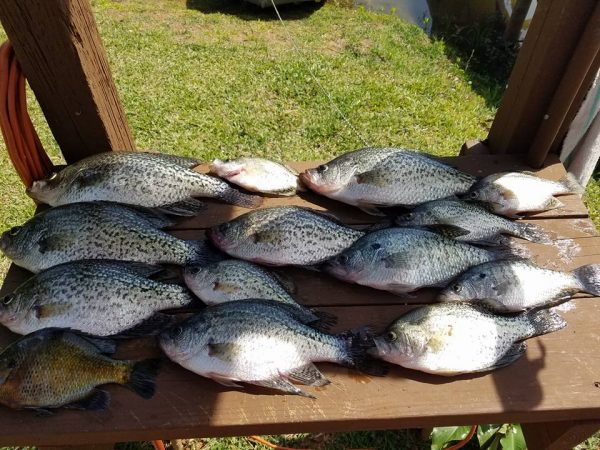 We had boiled crabs one night for dinner. 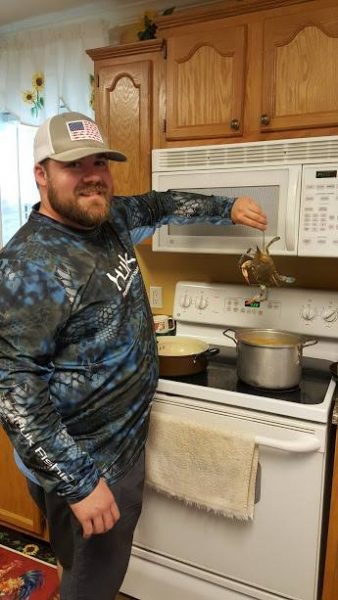 We had boiled crawfish. Obviously, they weren’t boiled in this picture but I guess we were so excited to eat, no one took the time to take a picture. 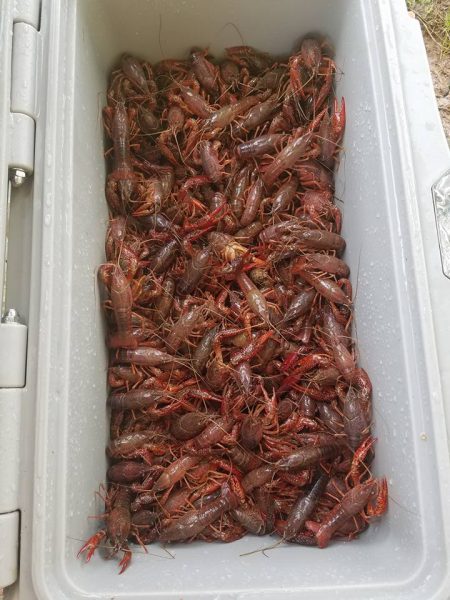 Nicole was even brave enough to stick her hands in the ice chest and grab the crawfish to put in the boiling pot. 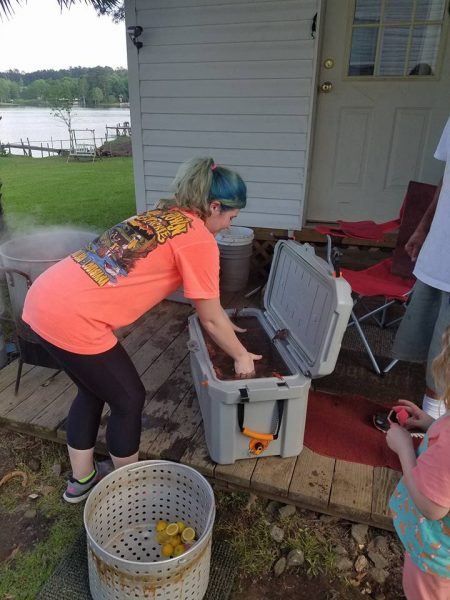 Addie made friends with one that didn’t have pinchers. 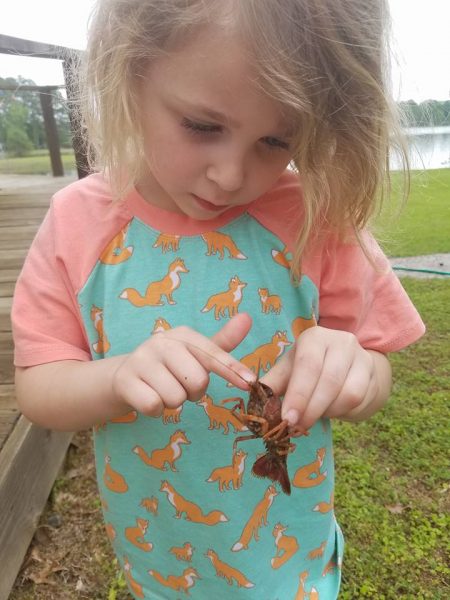 I was able to spend one night with long time friends and he cooked Blend of the Bayou Casserole which has several kinds of yummy seafood. It’s been one of my favorite recipes for years and years but since we no longer live near the coast, I’ve given up making it and it was such a treat to have it again. 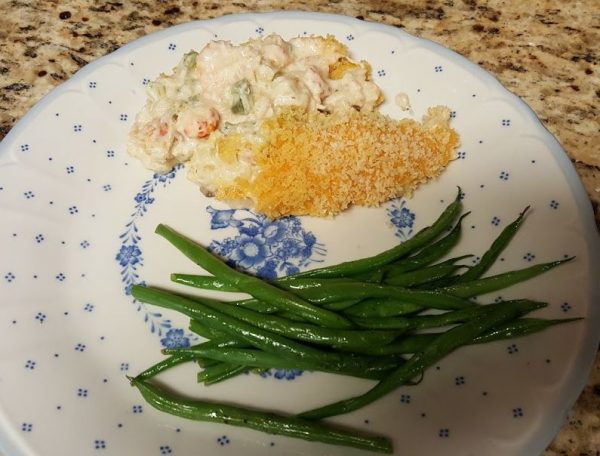 Blend of the Bayou Casserole

The recipe is in Pirate’s Pantry Cookbook, which was originally published in 1976 and I think I’m on my third copy. There are some amazing recipes in there, including my favorite Buttermilk Pie recipe which was submitted by the wife of the attorney I was working for at the time.

Yummy treats without pictures include:

There will be more pictures and stories over the next few days but I think this about sums up the food/eating part of the trip. Now it’s back to my cooking . . I don’t mind the cooking part but I’m not real fond of the cleaning.