Sometimes I want to smoke something and I don’t want to mess with the outdoor smokers. The electric one sits under the carport by the shop so if it’s raining or otherwise bad weather, I avoid using that one since I have to walk across the driveway to the shop. I know this sounds lazy but I hate cleaning the racks that go in there. In order to use it, the racks have to be cleaned before I use it or after I use it or both. I always intend to let them cool, then clean them, and I forget til time to use it again. There’s a vent hole in the top for the smoke and the mud daubers get in there so I always have to check for those mud nests, clean them out; then change the foil in the bottom, change the foil that covers the smoke box . . it isn’t nearly as big of a deal as I’m making it out to be and we use that thing all the time and we’ll still use the heck out of it because we love it but the other day, I saw a stovetop (which can also work in the oven) smoker and I thought . . that might be a good investment. 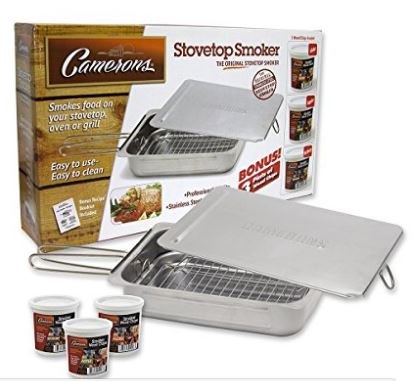 I read the reviews and there was just a small percentage of negative comments so I decided to give it a try. Tracking showed it would be delivered today and I was hoping it would get here early so I took some fish out of the freezer, knowing I could cook it in the air fryer if the smoker didn’t arrive in time. 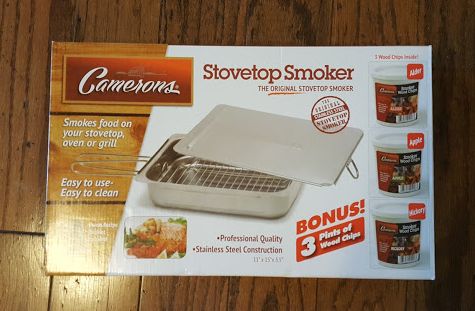 All I did with the fish was spray it with olive oil spray and sprinkle it with Slap Ya Mama seasoning. 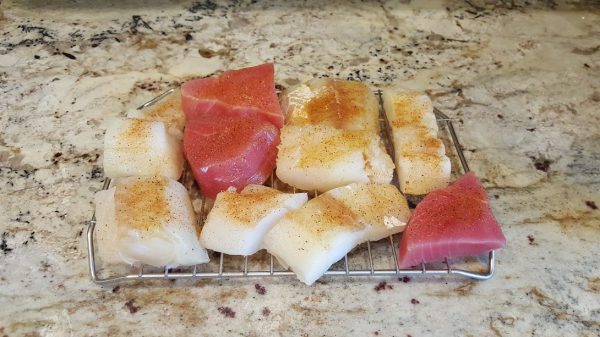 Fish to be Smoked

Otherwise, I followed the directions that came with the pan/wood chips. I had read in the comments that the wood was more like sawdust, which is true, but it worked great. I used apple wood chips/shavings/sawdust. 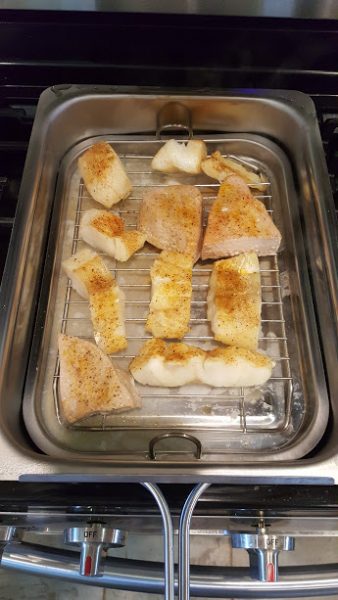 Fish to be Smoked

Here it is ready to get started. I used the middle long burner on the stove. 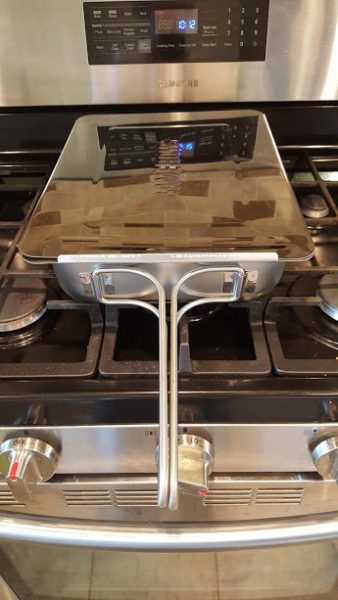 Here it is with the lid on. Also on the comments, there were some who said there was almost no smokey smell, others reported lots of smoke and stinking up the house for days.

I’m happy to report that there was the tiniest little tendril of smoke that came from one corner of the pan and hardly any smokey smell in the house at all. I went outside a couple of times to tend to the meat smoking on the outside smoker and didn’t notice a smokey smell at all when I came back in the house.

Once the fish was done, I removed the lid, sprayed the fish with a bit more olive oil and stuck it under the broiler. 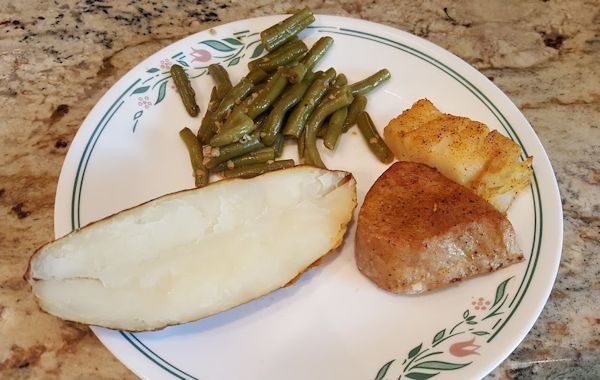 On my plate, I had half a baked potato, green beans, one piece of smoked tuna and one piece of smoked cod. The fish was delicious (but we love fish). Vince really liked it. I told him that I had ordered another indoor smoker to try and he said “It can’t be any better than this one!” He was really impressed that there was no smokey smell in the house and the fish was tender, moist and mildy smoked. Sometimes, even with using the smallest amount of wood, the foods on the outdoor smoker have a bit more smoke flavor than I prefer. We use the milder woods (apple or cherry are my favorites) and even with those, it’s still sometimes too much smoke for my preferences.

I’m really happy with the Stovetop smoker. I was thinking that it would be something I could use if we were camping (don’t ask me why I thought that because we never camp), or if the power was out and I could use it on top of the stove. It would also be good to take somewhere if I was visiting for a few days and wanted to cook something and whomever I was visiting didn’t have a smoker.

Even though I said I wasn’t buying any more kitchen gadgets, I think this one was a good investment.