The other night we were watching TV and it was some kind of BBQ cookoff. They got to where they were making BBQ shredded chicken sandwiches and putting coleslaw on them. Vince said “I want that!” Then we started taking about wishing we had a really good BBQ restaurant around here. It wouldn’t matter if we did .. it was close to dark and we wouldn’t have gone out at that time anyway.

We had hamburger buns. I had BBQ shredded chicken in the freezer. I told Vince . . I could thaw it out and we could make fries in the air fryer! He said “Do you have cabbage so we could make coleslaw?” No! Better! 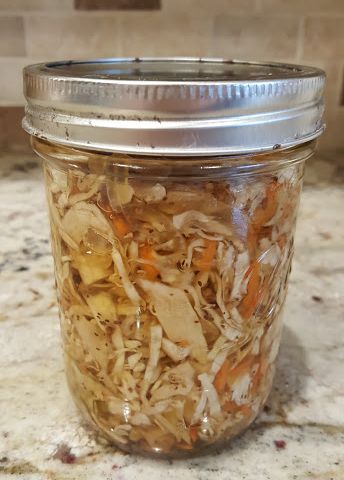 I still have jars of coleslaw that I canned last year. Who would think canned coleslaw would be so good . . but it really is. 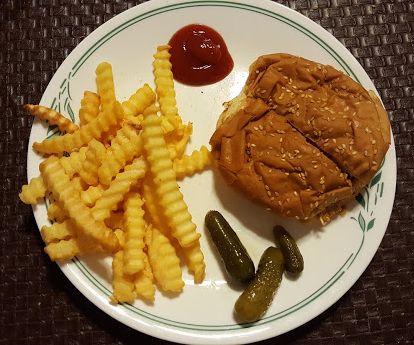 In no time, we had BBQ chicken sandwiches with coleslaw  .. just what we wanted. I’m thankful for food in the freezer and food in jars .. and a husband who is happy with most anything I fix.