It had been a few days (maybe weeks) since I had been to the Pressure Cooking Today site so when I clicked on it this weekend, I added up several new items to our menu for this week.

We’ve already made the Asian Dumplings. I made them straight by the recipe and they were so delicious (and so easy!) 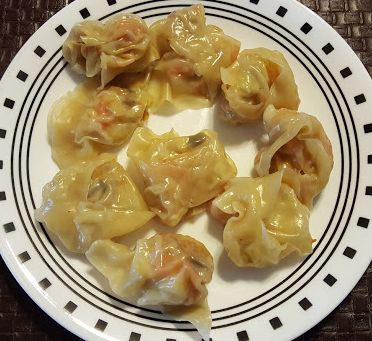 Mine aren’t as pretty as the ones on the recipe page. I’m not so much into “pretty” but they were quite tasty . . and easy! I made them right by the recipe without adding any meat but it would be easy to chop some cooked chicken or shrimp and add. I did saute the filling in a separate pot.

I made them as a snack . . on weekends we have breakfast about 9 and then have our next meal about 3 but sometimes Vince wants a “snack” so this was our snack.

The filling recipe makes a good bit and I didn’t need that much so I stuck the extra in the fridge. Vince started eating the dumplings and he said “How hard are these to make?” so I knew what he was really saying was “Can you make a few more?” so I made a few more since the filling was already done. 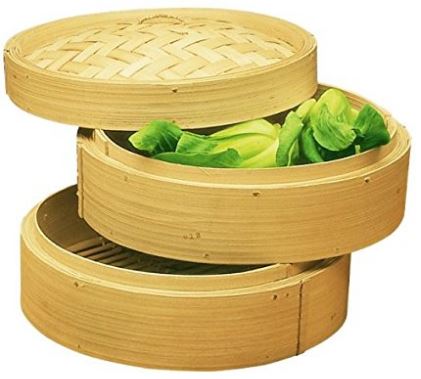 I did order this bamboo steamer. If I had to guess, I’d say we’ll be having these little dumplings often and I’m already thinking of other things I can stick in there as filling. I have a 10″ bamboo steamer but it doesn’t fit in the Instant Pot. With the bamboo steamer, I can steam 2 layers without stacking them because, using just the trivet that came with the pot, if I layered the dumplings, I’d get one big, sticky dumpling.

If you like this kind of food, they’re quick (especially if you make extra filling and keep it in the fridge), they’re fairly healthy . . though I haven’t read the ingredient list on the wonton wrappers and maybe I shouldn’t!  🙂

We have our big meal at lunch and then usually just a snack for our evening meal. I think these little dumplings would be an excellent evening snack.