Our closest neighbor isn’t like just outside our door but we can see each other’s houses through the trees and we have paths through the woods so we can visit without having to get in the car and drive. 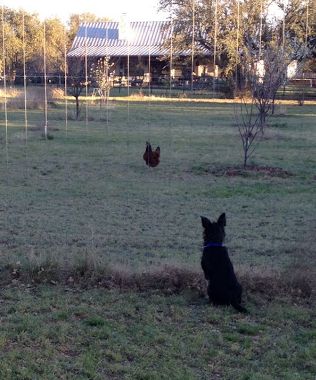 Jack and the Chickens

Their dog, Jack, either wants to be friends with the chickens or he wants a chicken dinner. I think he’s just looking for a playmate.

The fence is pretty secure and about the only way he could get in would be by digging under and he isn’t unattended long enough to do that. Jack is an inside dog and he’s only out with them, but the chickens definitely are a big attraction for him. 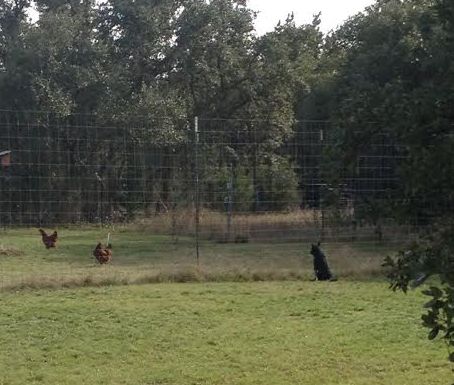 Jack and the Chickens

The chickens obviously aren’t bothered by him. There’s about 1.25 acres inside that fence and they’re right down there by him. He doesn’t run around the fence barking or chasing them. He’s pretty content to  sit and watch . . at least for now.