I’ll admit that I have a tendency to think everyone should do, and enjoy doing, the things I do. But, this sourdough bread . . it’s truly the easiest thing in the world to make and it’s so good! 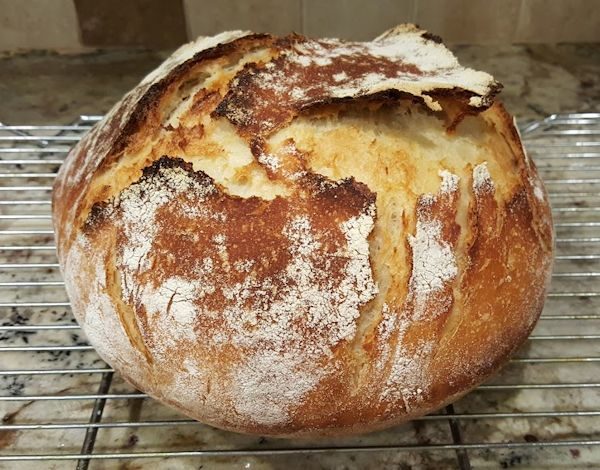 Since I tried King Arthur’s Rustic Sourdough recipe a couple of months ago, it’s all that I make. When I first started using this recipe, it was flat and didn’t have a lot of “sponginess” to the texture but something I’m doing now is producing a perfect loaf of bread. 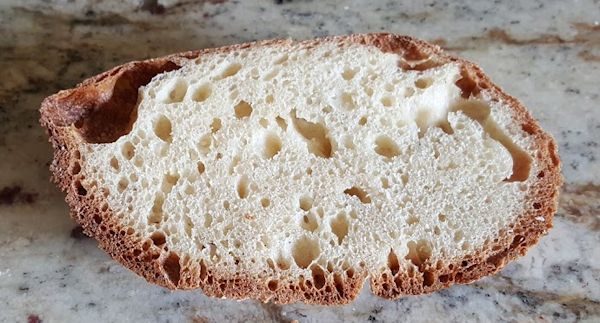 I love it for several reasons.

As far as making it, I deviate from the recipe just a bit. Instead of starting with 1 cup of fed starter, the night before I want to make the bread, I’ll mix up about 50 grams of starter, 50 grams of water and 50 grams of flour and leave that in a bowl on the counter overnight. The next morning, I add the rest of the ingredients per the recipe.

When feeding/maintaining my starter, I keep either a quarter jar or a half gallon jar going. 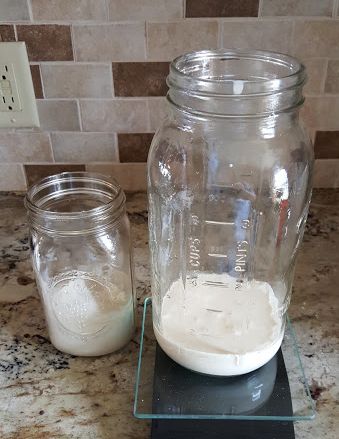 If I’m using it really often, I keep it on the counter and feed it once a day. If I’m not going to be using it for a week, I’ll stick it in the fridge. If I’m just making bread a couple of times a week, I keep it in the quart jar because I’m increasing the starter in the bowl for the overnight sponge every time I make the bread so as long as I have about 70 grams total, I’m good (50 grams to go into the bread sponge and 20 grams to keep the starter going).

But, if I’m going to be making sourdough pancakes or waffles or muffins, I’ll keep a bigger batch of starter going in the half gallon jars.

It’s really easy to increase the amount of starter and if I’m not careful, I’ll end up with a 5 gallon bucket of it because you know me . . I can’t throw anything out . . even sourdough starter! 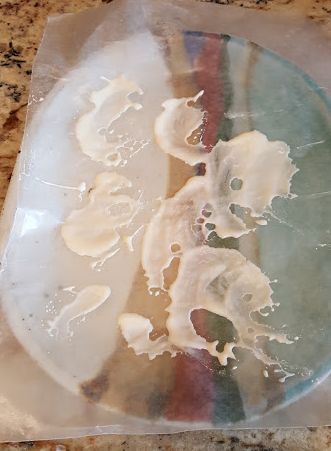 One thing I’ve written about but many people don’t know . . when you get a good starter going, you can smear a little on wax paper, let it sit out til it dries completely, peel it off the wax paper, break it up into a freezer bag and store it for those times when you forget to feed your starter and it dies, or when it gets invaded by bugs or whatever unforeseen event might happen. Just pull some out of the freezer, rehydrate it and it may take a bit of feeding to get it back to being active but it always works for me. It’s like having a little sourdough insurance in the freezer . . because I never want to be without my sourdough starter!