You’ve probably read the book, If You Give A Mouse A Cookie . . right? Several times this morning, the theme of that book came to mind and caused me to giggle. 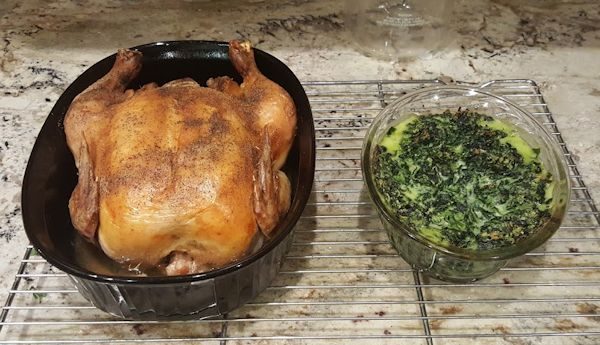 Yesterday I baked a chicken in the solar oven and then stuck it in the inside oven with convection to brown. It was a pretty big chicken, that was on sale for $3.05 at United, and I didn’t want to waste any of it. I hate wasting food . . don’t we all? But, sometimes, my plans don’t happen as intended and I end up wasting food so this morning, I said to myself . . I’m going to use all that chicken, make up dishes and freeze what we won’t eat in a few days.

I have a corned beef to cook in the pressure cooker tomorrow and I wanted stewed cabbage with that. Stewed cabbage needs sausage but not a whole pound of sausage so I figured I’d make red beans, sausage and rice and since I don’t need the entire head of cabbage for stewed cabbage so I made coleslaw for our lunch and since I wanted to make chicken with cornbread dressing, I could make a full batch of cornbread and we would have some with our beans. One thing kept leading to another but in the end, it all worked out. 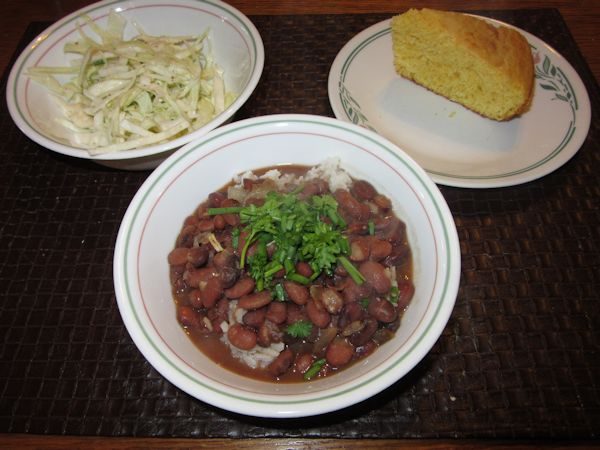 Lunch was red beans, sausage and rice (except there’s no sausage in my bowl because I don’t like the sausage cooked that way but I like how it flavors the beans and Vince likes the sausage), cornbread and coleslaw. 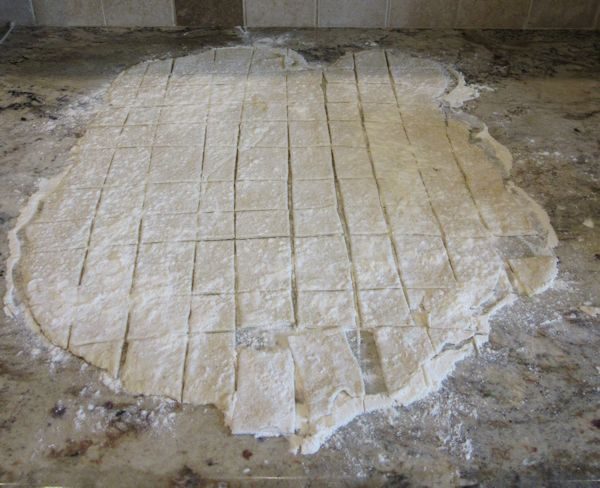 Next I made dumplings. I had saved the drippings from when I roasted the chicken, then I put the skin and bones in the pressure cooker with onions, celery, carrots and seasonings and made more broth. 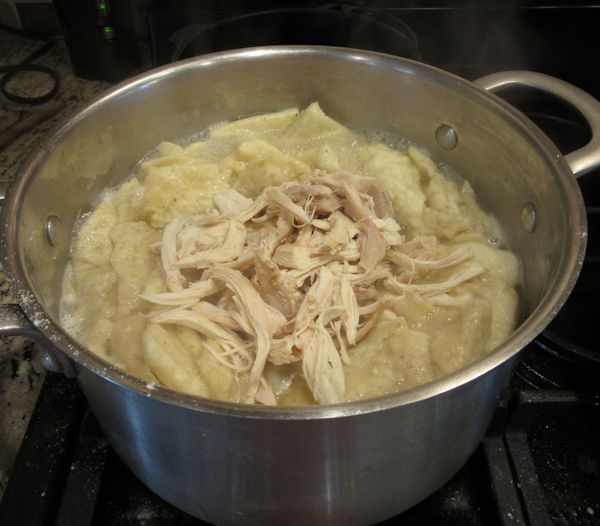 For a while, I had two Instant Pots going – red beans in one and rice in the other. 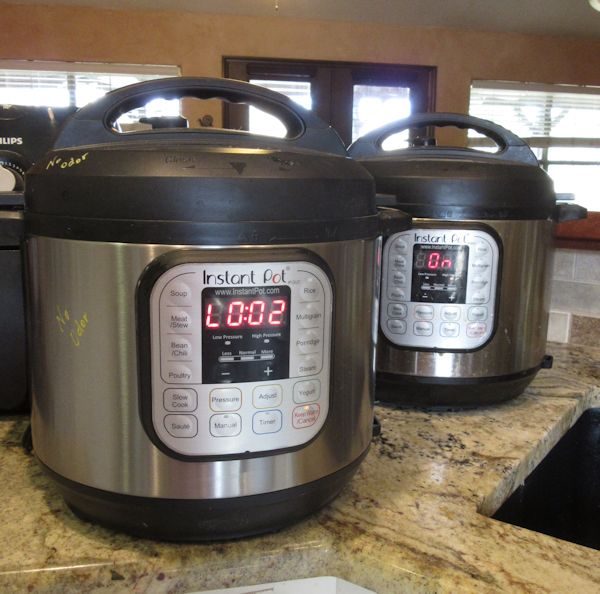 It was a lot of work but it’s done, the kitchen is clean and there are plenty of meals in the fridge/freezer for next week and beyond. 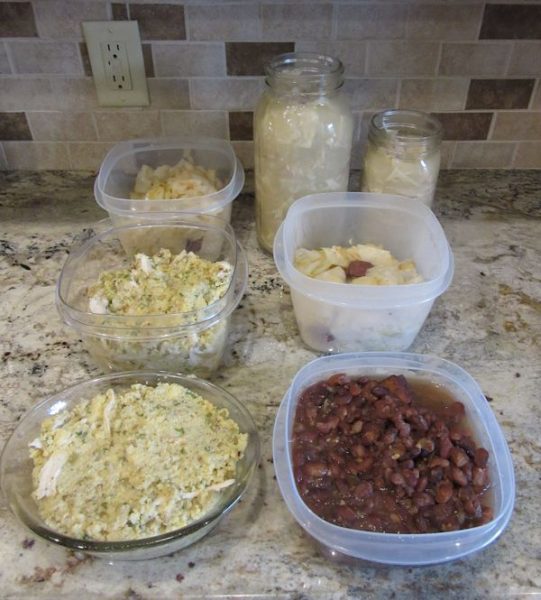 Meals for the Week

Here’s our plan for the week:

For the most part, my cooking is done for the entire week and I’m happy!  The best part . . all the chicken got used, including broth from the skin/bones!

Sock Madness starts somewhere near March 1 and I need lots of knitting time.