I love it when readers send me info they know I will love. A reader sent me a link to this video. The minute I watched it, I couldn’t wait to get started. If I didn’t already have chickens, I’d be wanting them after watching the video. I love composted matter for the garden. 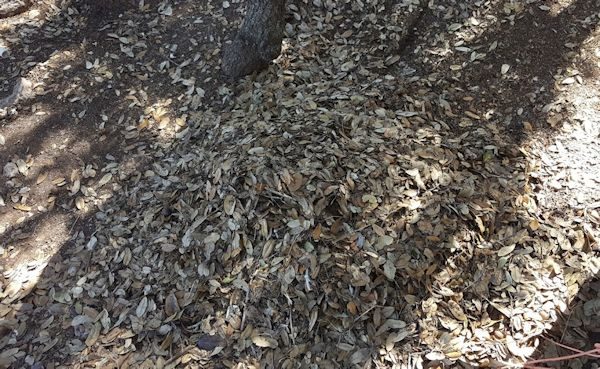 There were lots of leaves around the coop and since we don’t keep the chickens in their fenced in run any more, I took the “roof” off (which was plastic landscape meshy stuff) so I could walk around in the run. I raked up a pile of leaves. My plan was to dump some kitchen waste and grain on top of the leaves, then add more leaves, then wet them down . . and hopefully get all that done before the chickens realized there were goodies in there. 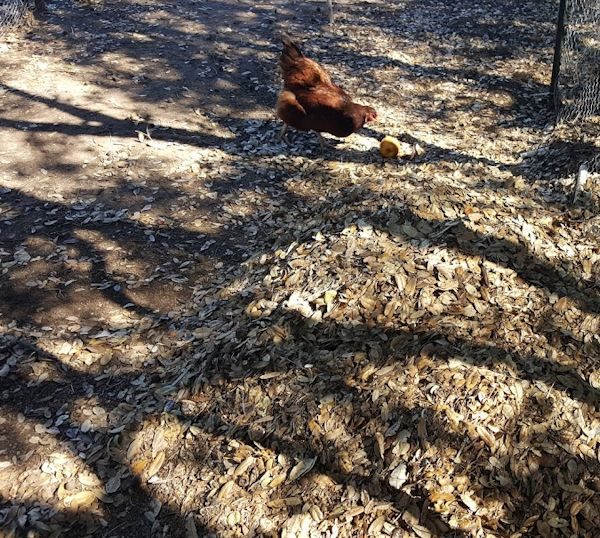 The instant I dumped the food scraps on top of the leaves, the inquisitive chicken came running over and found a piece of fruit.

She wasn’t the least bit concerned about my continued activity. 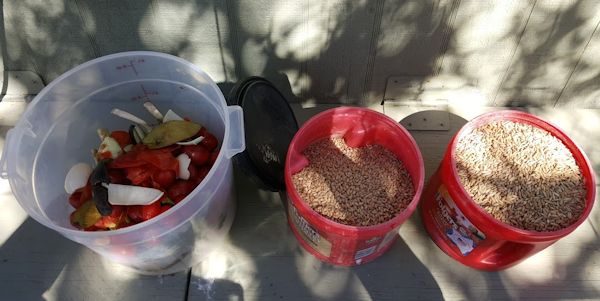 There’s a coffee canister of wheat and a canister of oats. If the chickens leave them there long enough, they’ll sprout but I doubt that happens.

Ideally, the chickens will break down the leaves and whatever veggies they don’t eat, will rot and it will all produce some wonderful compost. It would be nice if I could get some worms working in there too but I’m sure any worms who try to live in there will become a tasty morsel for the ever starving chickens. 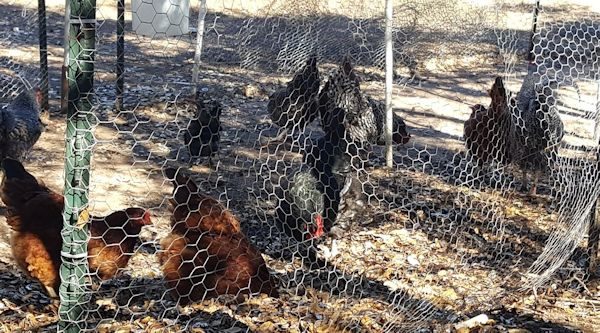 It didn’t take long til they were all in there scratching. The leaves are contained inside the chicken wire pen but you can bet that 5 minutes after I walked away, the leaves were scattered everywhere inside the pen.

Instead of sitting here on the computer, I should be outsider raking more leaves and hauling them to the chicken pen!