Yesterday, we worked almost the entire day outside. Vince worked more than I’ve ever seen him work outside in one day. He told me he’d give me half the day and the rest of the day was his. How could I disagree with that? He was out working by 9 a.m. and it was after dark when he came in. 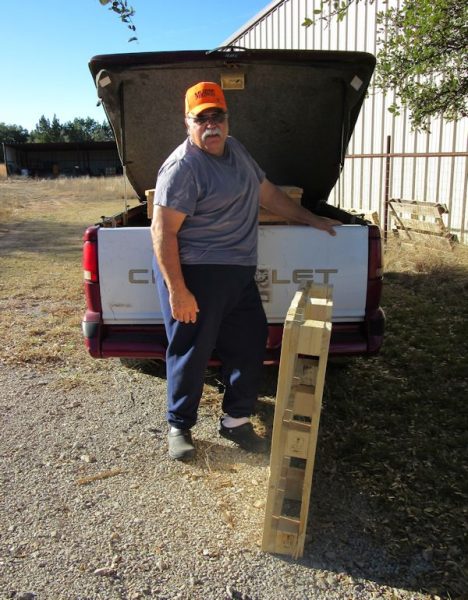 I want him to build me a planter around the mesquite tree for my ginger lilies. They need a little shade so I was thinking he could build some planter boxes to put under the tree. He was able to get some pallets so he’s going to make planters out of those. 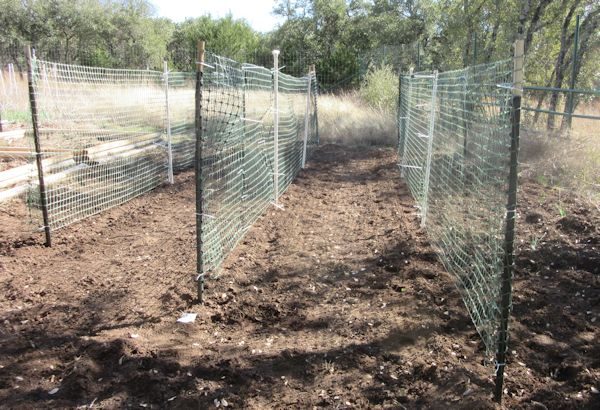 Next, I needed a trellis for my Lincoln Peas. Since we have two chicken yards we’re not using, and probably not going to use because we’re never having more than 20 chickens again (who believes that?), he took down the plastic fencing around one of the chicken yards and used it to make a trellis for my peas. Pretty handy, huh? 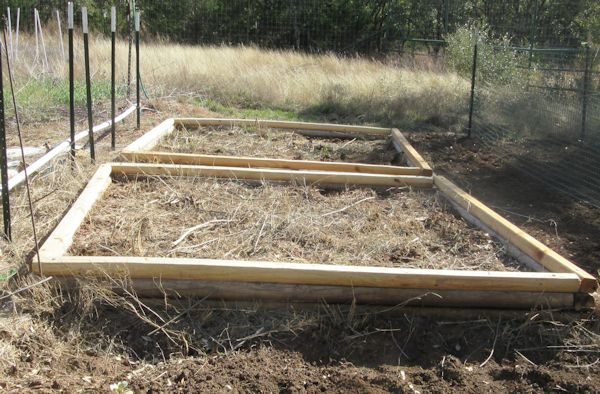 The asparagus beds were 2 landscape timbers tall, which was fine when we built the beds, but after adding mulch and straw for four years now, the dirt was right at the top of them so my mulch would wash away. He added a third timber which should be good for 4 or 5 more years. 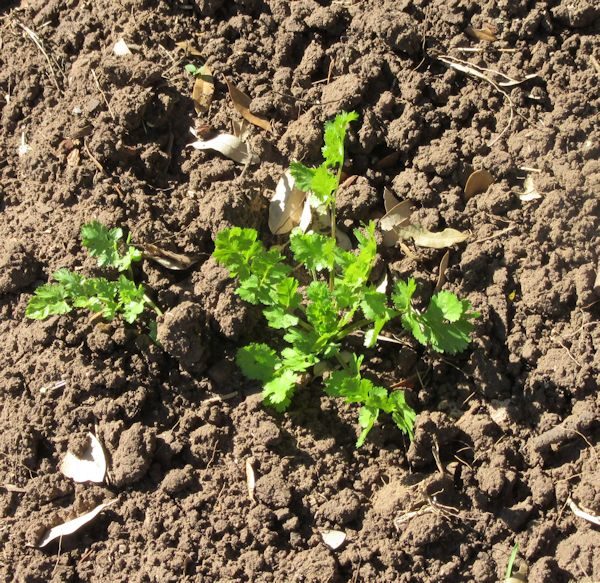 Vince does not like cilantro and I could eat it in everything! When he tilled up my garden last week, he carefully went around this plant. I asked him if he knew what it was and he didn’t. I told him . . cilantro. He said “If I had known that, I would have mowed it down!” I told him I knew that!

You’re probably wonder what I was doing all day . .

The first thing I did was clean out the mealworm beds and feed them. Most of the beetles have died so either the eggs will hatch into larva soon or, they’ve already hatched so I needed to clean out the dead beetles and add more food. 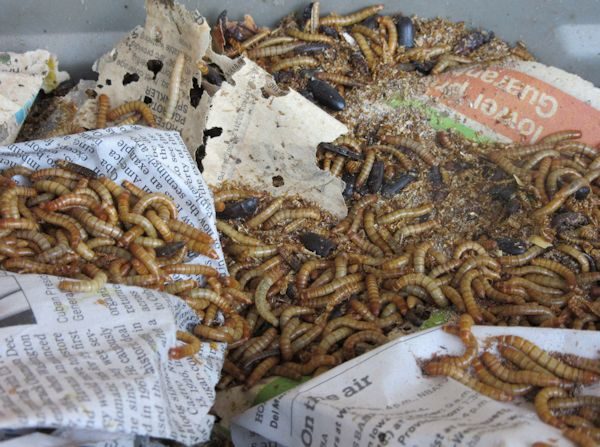 In my hand, you can see a full grown mealworm and a baby mealworm. Yes, I find the life cycle pretty interesting.

I messed around on the greenhouse  . . watering and spraying and repotting a few seedlings that had outgrown their little cups, I watered the fruit trees in the orchard, I planted the Lincoln peas, a few more beets, some cabbage and cauliflower seedlings. I planted a bit more horseradish. I went through the patterns in the tub that Vince brought out for me.

We both went to bed tired . . very tired . . but that’s about how every weekend is during the spring.