It’s mid-February so a frosty morning is not unexpected except we’ve had so many days in the upper 80’s already, the fruit trees probably suffered a bit of damage last night. 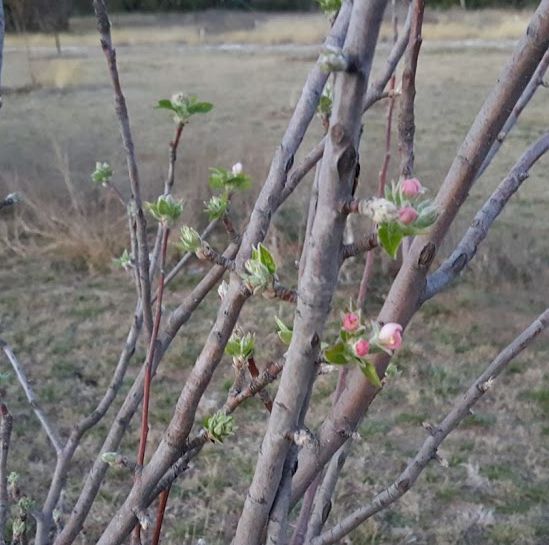 The apple blossoms are still gorgeous but there may have been some damage. This is a handy chart for those of us growing fruit trees. Critical temp for apple blossoms is 28° and we probably got that low last night. Even at 28°, there’s only about a 10% bud kill rate and for apples, pears and peaches, you can still have a full crop with 10 – 15% bud survival rate so .. I’m not concerned. Even if I were concerned, there’s not much I can do about it! 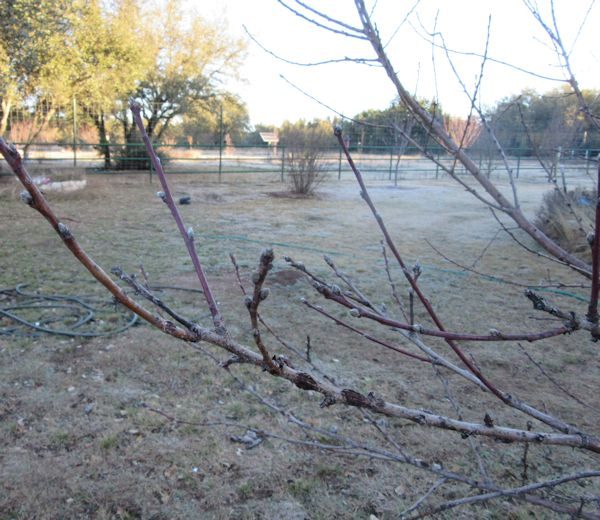 It would had to have been down below 25° to damage the pears and peaches since their buds haven’t opened up yet. It wasn’t. If the weather forecasts are correct, last night was our last chance of damaging frosts. We could have a freeze within the next 30 days (heck, we could have a freeze in July but .. you know what I mean!) but there’s nothing below about 35 in our forecast so, my fingers are crossed! 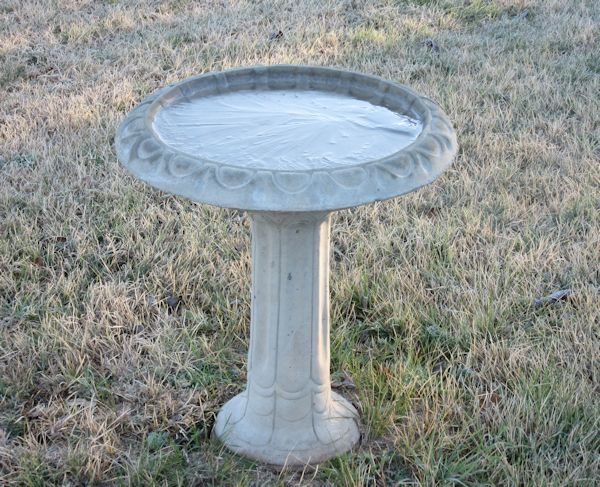 Even the bird bath had a layer of ice. 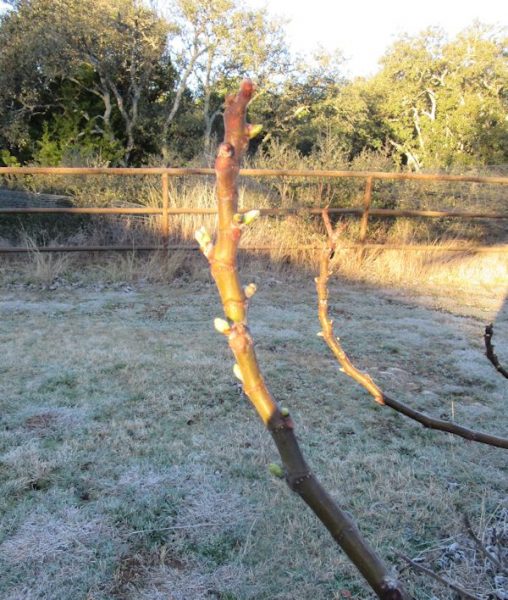 It’s the fig trees I’m most concerned about. There aren’t that many buds that have opened up and they can survive 28° a lot easier in the spring than in the fall when the wood is so dry and porous. We had about 1/2″ of rain Monday night so I’m thinking the figs are ok. 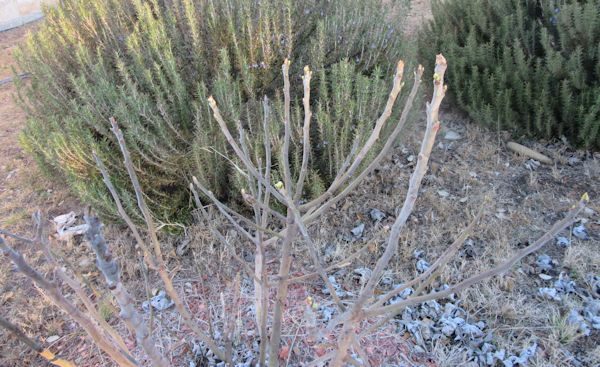 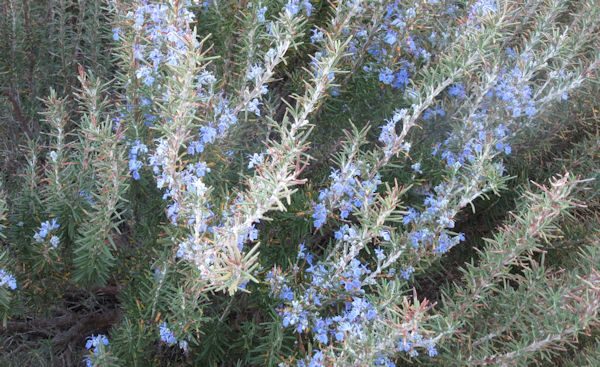 The rosemary, too, thought winter was over! 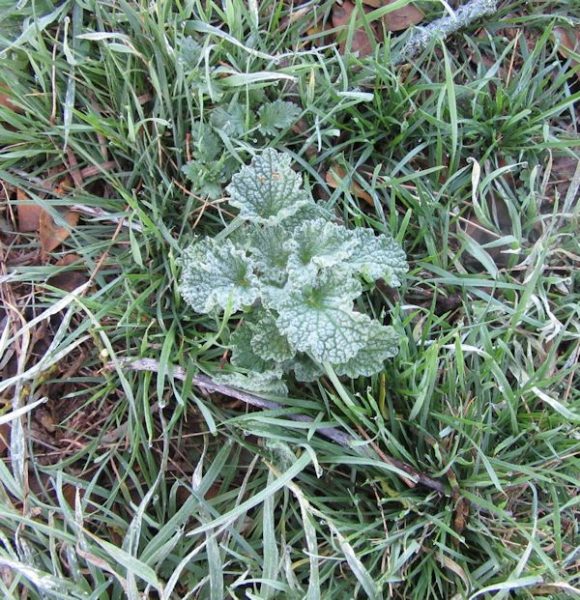 Even the weeds were frosty and I wouldn’t mind at all if it they all died but somehow, I don’t see that happening!

When we first planted fruit trees, I watched the buds and I wrapped the trees if it looked like the frost was coming too late. Now, I figure Mother Nature is a huge foe and I’m no longer battling her . . if she wants a late frost . . she gets what she wants and my opinions/fears do not matter!

On the other hand . . a mid-February frost is definitely not a late frost but days in the upper 80’s and even low 90’s in February . . that’s . . well, I was going to say “unusual” but . . this is central Texas. What’s really unusual is two old folks trying to grow fruit trees here!