Potatoes are ones of those things I’m pretty adamant about growing. In my opinion, things grown underground (potatoes, beets, carrots, turnips, etc.) absorb more of whatever is in the ground than do things grown above the ground. I could be wrong but in my head, that makes sense. Potatoes are pretty easy to grow since they’re planted early and harvested before the worst of summer gets here.

Through the years, I’ve used a variety of storage containers to grow potatoes. Growing them vertically takes up way less space in the garden, plus I’ma whole lot less likely to end up with grass burrs in my fingers. Since potatoes are planted early, they’re likely to get damaged by a late freeze or by hail during a spring storm. When they’re growing in containers, I can cover the tops of the containers and protect them from hail, or frost.

In Missouri, we used some kind of old shipping crates and had 5 or 6 or maybe more of these things.

That picture really makes me feel good. Every picture I take around here has a water hose in it. I thought it was just because it’s so dry here all the time but . . look at that!  A water hose in my picture from Missouri.

We called those bins “potato coffins” because someone was by the house and asked if Vince was building coffins out back. The boards with the nails sticking up are to deter the deer from lifting the lids and eating our potatoes.

They worked great but they got left in MO.

Here, I used some compost containers. 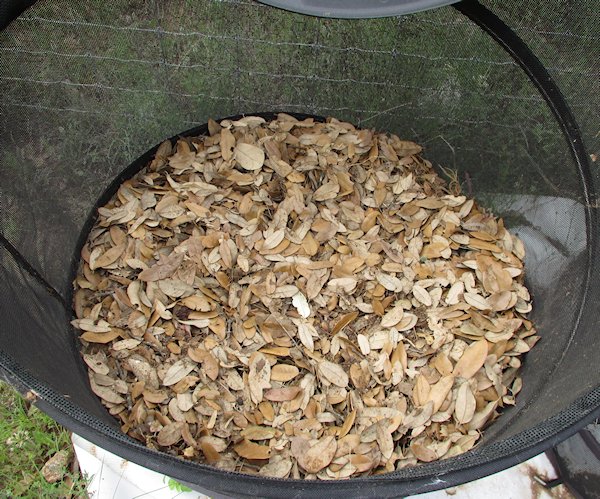 I’ve used these barrels for three years but they’re deteriorating a bit.

Everywhere I look, there’s a pile of wood. 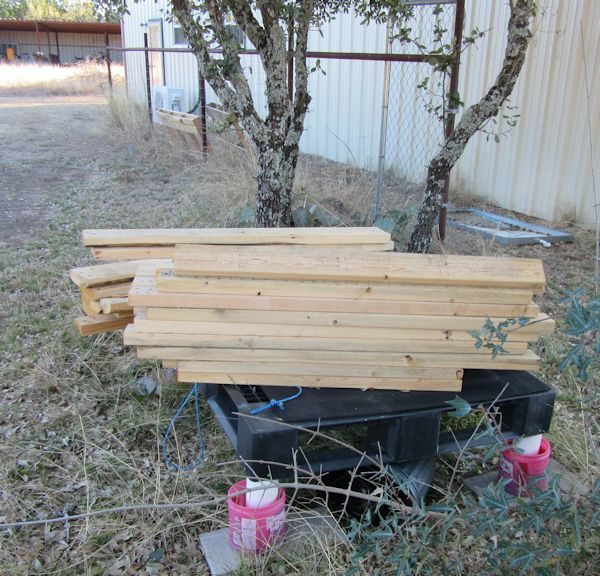 Sometimes it’s leftover wood from another project. Sometimes it’s wood from breaking down pallets. So, I started thinking . . Vince could build a potato bin from some of that scrap lumber. But, somehow, in real life, things never work out quite as well as they do in my head.

I was thinking I would get a free potato bin. Vince said he needed a few supplies from Home Depot. 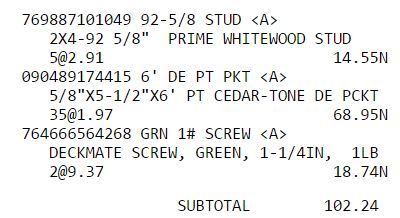 I’m going to have to grow a heck of a lot of potatoes to make this project worth the cost.

As always, Vince did an amazing job. 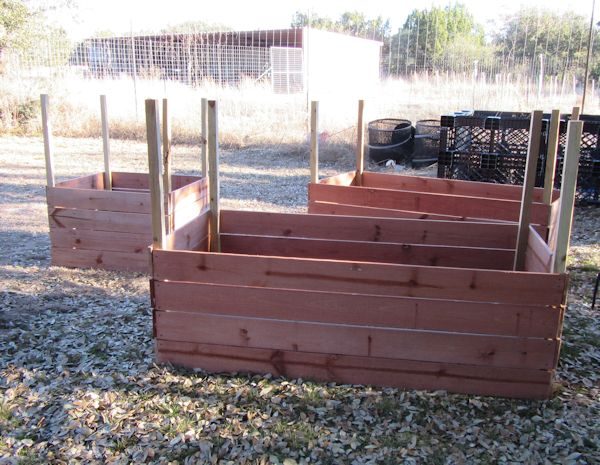 We’ll move them inside the garden fence. The two larger bins are for potatoes. The smaller one is for horseradish and it’s probably as tall as it needs to be. The potato bins will have more boards added later . . as the potatoes grow, I’ll throw in more dirt and straw.

Looking at those bins, I think I need to buy more seed potatoes!

Hopefully these bins will last a few years and I won’t feel bad about spending so much for one of my crazy ideas.