I was looking back on the blog to see when I first started taking pictures of Cat and found some funny pictures of Boots. He’s been here 3-1/2 years. 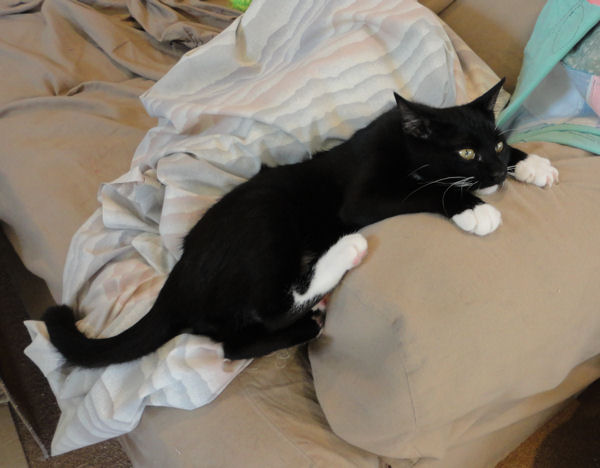 He’s always such a sweet kitty but he was a wild kitten. 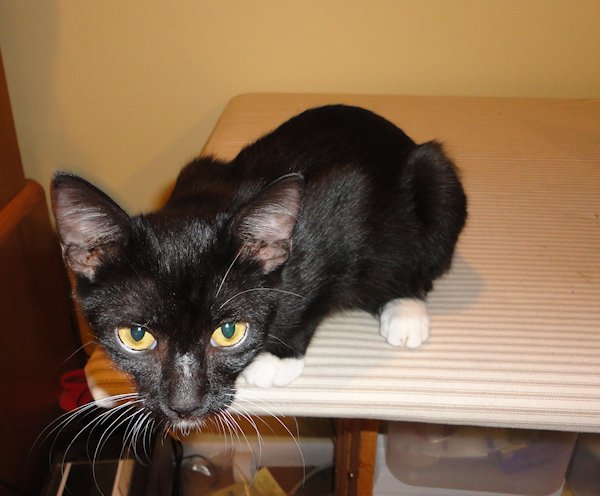 The above picture was taken in September, 2013 and he had been here for a month or so then. I hardly remember him being this small but he was smaller when he first showed up. He’s such a big cat now. 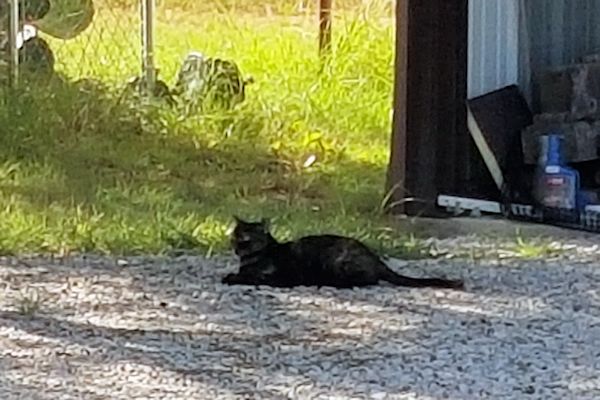 This picture was taken in July, 2015 and we had been catching glimpses of her for a couple of months so I’m thinking the first time we realized she was hanging around was probably in about April or May of 2015. At first, we would say “I think I saw a black cat!” . . then we would see more and more of her. We began feeding her and I would sit out and beg her to come to me. I still am not sure if she’s hearing impaired or just being an independent cat. Sometimes, I think I startle her, which means I don’t think she’s hearing me walk up but I’m not sure how she could survive in the wild if she can’t hear.

Because it wouldn’t be fair to leave out the third critter that showed up. 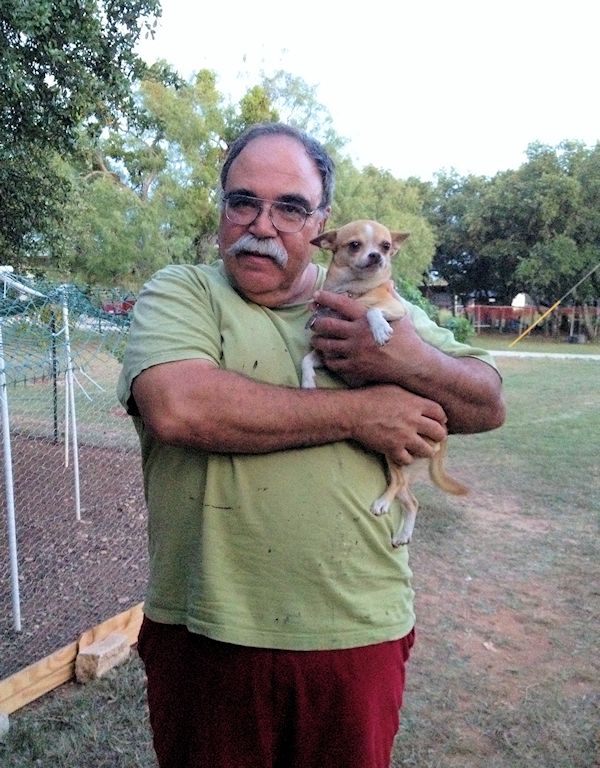 Rita showed up in October, 2014. I saw her but we couldn’t catch her and then I was going to MO. While I was gone, Vince caught her in a trap and . . well, you know the rest of that story.

If we stay here another 5 or 6 years, think how many critters we could end up having!