The Cranberry Balsamic Meatballs are totally amazing! I did make a couple of changes and I’ll tell you about those at the end.

The propane guy drove up just as I was about to serve lunch. We have the best propane guy! I really like him. Another reason to stay in Texas, right? Anyway, he asked Vince what he was doing home and Vince said he was home for lunch and then conversation went something like . . you come home for lunch EVERY day? Yes. Does she cook every day? Yes.

I went in the house and got two bowls and put a meatball and sauce in each bowl and brought it out for Vince and John to try. It was unanimous . . I can stick around and be the chief cook!  🙂 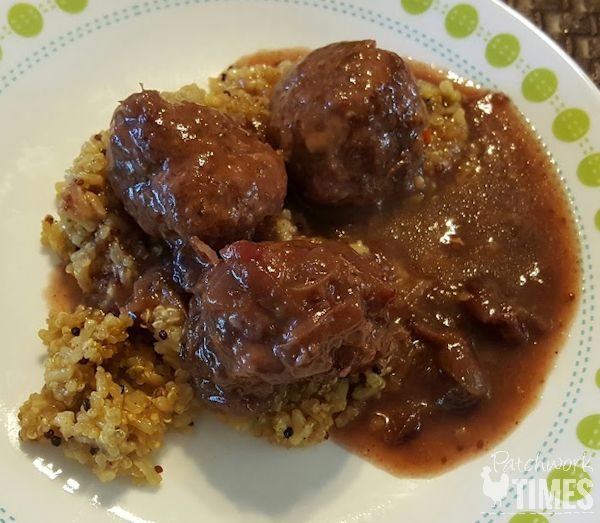 They were so good. In fact, I think I may heat up a couple for dinner tonight.

Here are the changes I made:

While eating, I asked Vince “Do  you REALLY like this?” The look on his face . . he REALLY liked it! And as you might imagine, with just two of us, this made enough for three meals, with leftovers for snacking.