The holidays are almost over and I never made cookies, fudge or pralines and those are the things that I look forward to all year. Healthy eating won but a couple of days ago, we talked about and decided sourdough bread was needed for New Year’s Eave. I can serve it with cheeses. This morning I was emailing back and forth with my friend, Amy, and she mentioned they were having homemade eggnog. I love homemade eggnog but I don’t love storebought eggnog. Yesterday when Vince and I were out shopping, he mentioned that he hated for the holidays to pass without us having just a little eggnog. I told him I would make some but he said that was too much trouble. He was going to buy some for him and then forgot so after Amy mentioned it this morning, I knew that it was meant to be that I make eggnog. 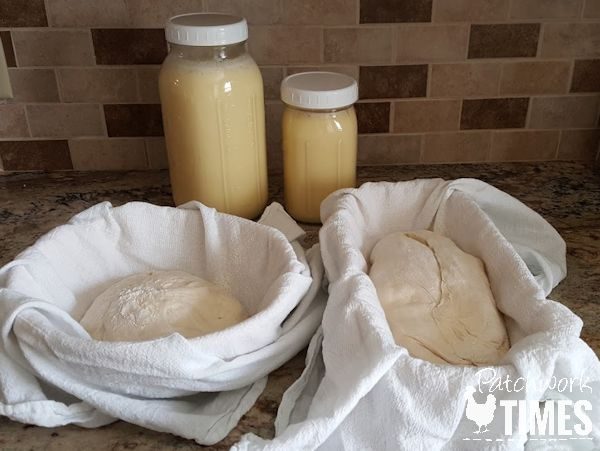 The eggnog is made except for needing to chill and I’ll add the whipped cream and maybe other “embellishments” before serving. The bread is rising. Most of my chores in the house are done til time to bake the bread.

Vince is spending most of the day watching football . . I’m in the sewing room trying to organize yarn while fending off a cat who thinks every skein of yarn is a cat toy.