This morning we had a cat in a trap. It wasn’t the one we’ve been seeing eating Cat’s food but it was big and pretty and quite a hisser! 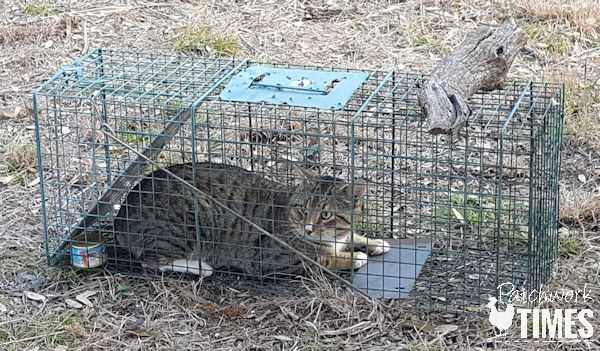 I convinced Vince to keep it in the trap while I ran in and called the vet to see how much they charge for spaying or neutering. $85 for spaying and Vince wouldn’t do it. He said “It will be like the last two you had spayed .. we never saw them again after you opened the cage.” Not what happened with Cat though . . is it?? He couldn’t be persuaded. 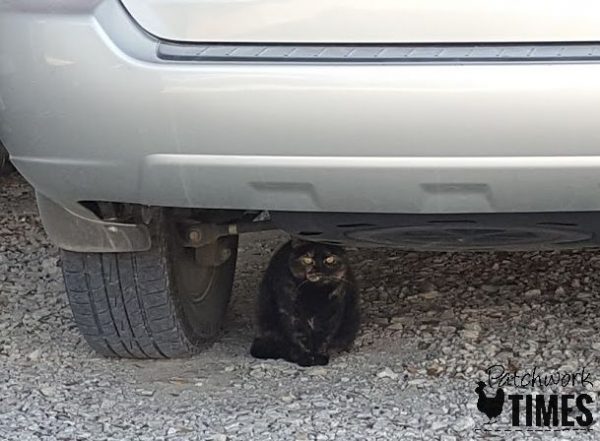 Back at the house, Cat said “I’ll just wait right here under the car til you tell that other cat to go away!”

Vince never plays with Cat so she still hisses when he’s around. He went back in the house and I sat out and petted her for a while. She’s a good kitty, she doesn’t seem to go far from the house but if I were her, with all those other wild and crazy animals out in the woods, I wouldn’t ever leave the house either.