There’s no telling how many cats there are that live out in the woods.

Christmas Eve morning, I was planning to sleep in a little later than normal. Vince went out to feed Cat and let the chickens out. After a few minutes, he came to the bedroom and said “Judy . . come see!” My first thought was . . Speck won’t wake up. I said “Is it Speck?” and he said no. Then I thought . . maybe Santa left something in the driveway a few days early . . so I got up.

Vince walked over to the window and said “What’s that? Is it a little bobcat?”

There was a really big cat headed towards Cat’s food bowl. Cat was eating so I wasn’t sure if we were going to see a cat fight but in the end, Cat ran off and let the big cat start eating. Vince went out and chased the big cat off. It was a bit Siamese colored but darker and long haired and huge.

What was funny was we had just been talking about how much food Cat was eating but now it seems we’re feeding more than Cat. 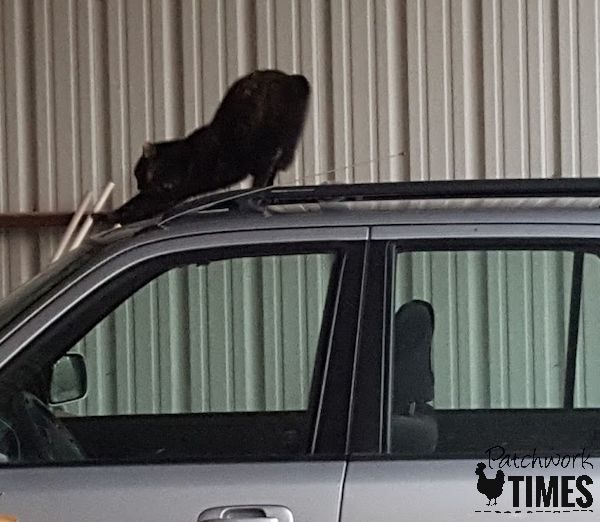