You want to hear something sad? I started using Electric Quilt software back when it was a DOS program . . I think it was EQ2 but I can’t remember. It was at least 20 years ago because Vince and I weren’t married and I was living in Louisiana and I can remember struggling to try to figure it out. Since then, I’ve never been without the most current version of EQ.

Several days ago I decided to work on the cabin in the woods quilt design and guess what . . I didn’t have EQ on any computer!  Since I lost interest in quilting, the sewing room computer and my laptop have been replaced and EQ was never added but that’s all changed now. EQ7 is on the laptop and on the sewing room desktop.

I used to sit and “doodle” all the time on EQ and now I’m looking forward to that again. Just sticking blocks here and there is how my best designs came about.

Since the cabin quilt was designed in 2004, there’s no way I would have been able to find that design. In 2010, I started saving my designs in Dropbox but that didn’t help me for the prior years. So . . nothing to do but reconstruct the design from the picture I had posted on the blog all those years ago. I almost never figured out what blocks I used for the border but I finally figured it out.

These designs aren’t completely accurate in that there aren’t going to be blank squares between the trees and pinwheels. I’m going to put small strips between them but didn’t want to take the time to space those out. The only difference in all the designs shown is just color.

Cabin in the Woods #1 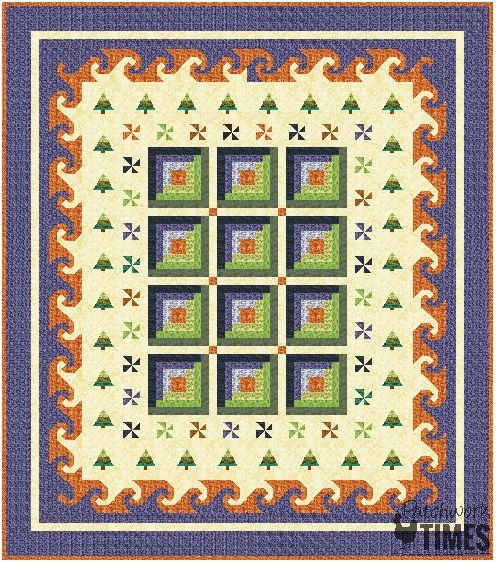 Cabin in the Woods #2 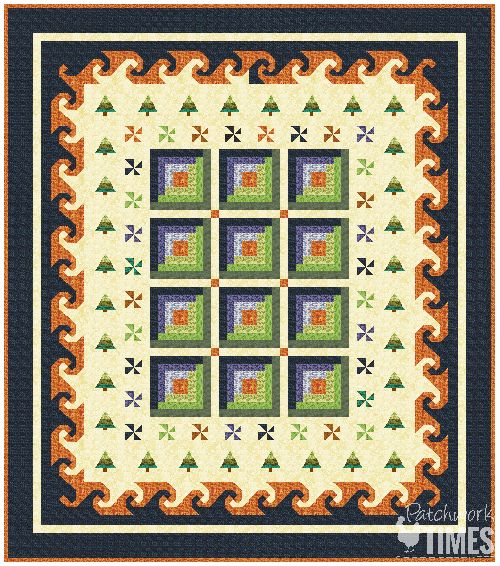 Cabin in the Woods #3 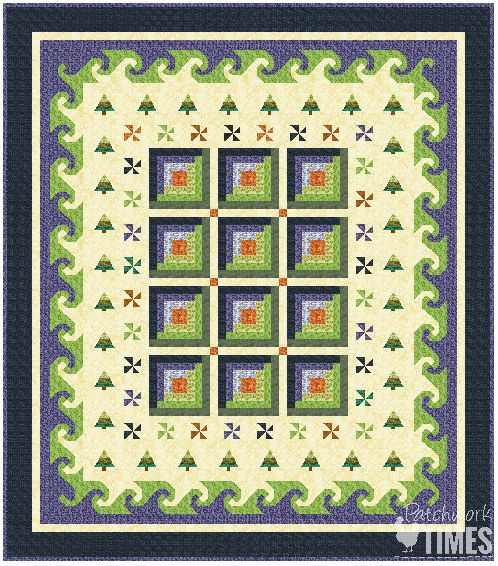 Cabin in the Woods #4 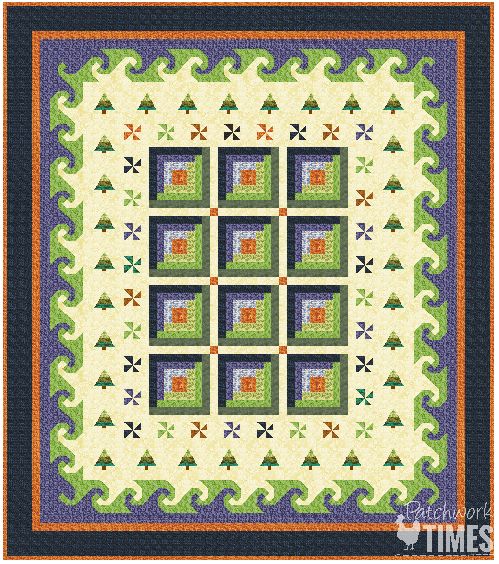 Cabin in the Woods #5

I think I’m leaning towards #5 but since the only question I have is the border colors, I could go ahead and get started.