Our lobster dinner that was delivered Friday not only contained live lobster . . 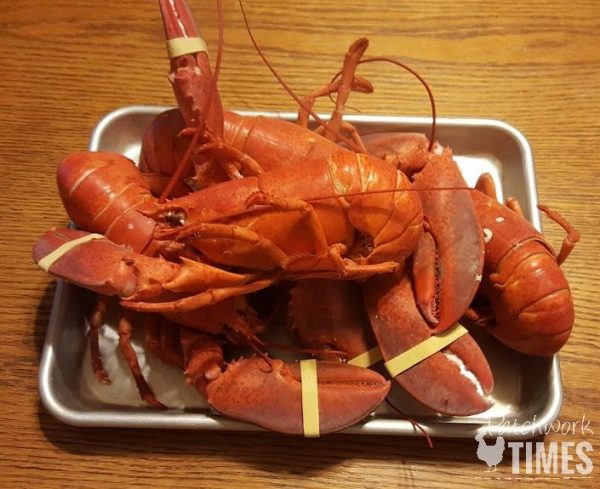 but it also included oysters and scallops. We didn’t serve the oysters and scallops on Friday night so yesterday, Vince had to shuck the oysters. He had never done it before. I have an oyster knife somewhere. It’s one of those things I haven’t used in 20 years and come across it every now and then but, of course, couldn’t find it. 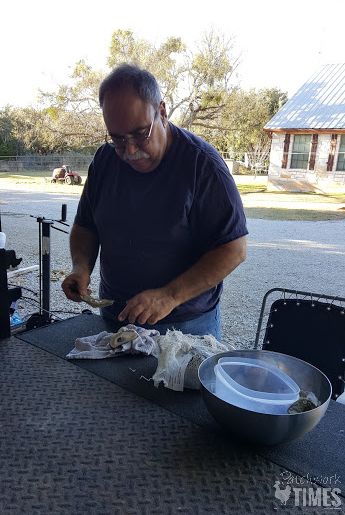 He did great. He said “Either these are really easy to shuck or I’m darned good!”  These were smaller and the shells didn’t seem as thick as the oysters we used to get in Florida and Louisiana. 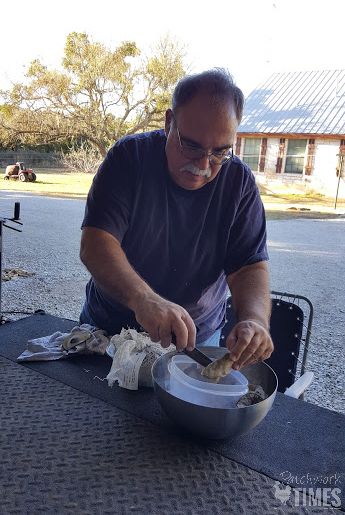 I had planned to fry some and use some to make Oysters Bienville and Rockefeller but as soon as Vince finished shucking them, he said . . let’s eat them raw . . so we did. We had 2 dozen and ate about a dozen so I’ll make Bienville or Rockefeller today but not both. 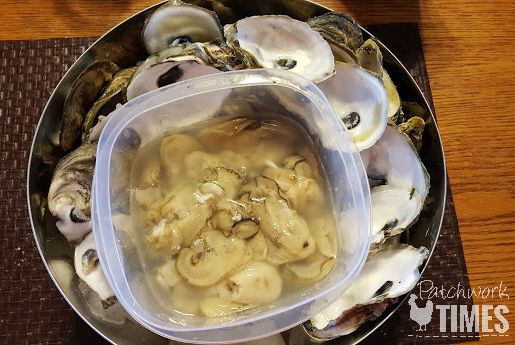