A friend here has an air fryer and she’s been commenting for a while about how much she loves it. I’ve sworn I would not buy any more gadgets/appliances for the kitchen. Every time my friend would post something on Facebook that she had made, I wold go research the air fryers. Apparently they aren’t for everyone because people seem to love them or hate them. I always convinced myself that I didn’t need one. I was somewhat sure that it’s just a glorified convection oven but I couldn’t stop going back and looking at them. Finally, last week, I ordered a Phillips Air Fryer. It seemed like the right one for us.

It isn’t small but it isn’t too big to handle. I probably will not fit into most cabinets. I have a shelf in the laundry room and that’s where I will store mine. It isn’t terribly quiet, though it isn’t terribly loud either. You can see how much space there is between the fryer and the TV in the background and Vince said the noise doesn’t bother him.

The fryer I bought came with a very nice cookbook. The first thing I made was ricotta balls (because I had all the ingredients). I followed the recipe exactly and kept thinking I should have stuck them in the fridge for a while before putting them in the cooker. I was afraid I was going to have a melted mess but I didn’t. 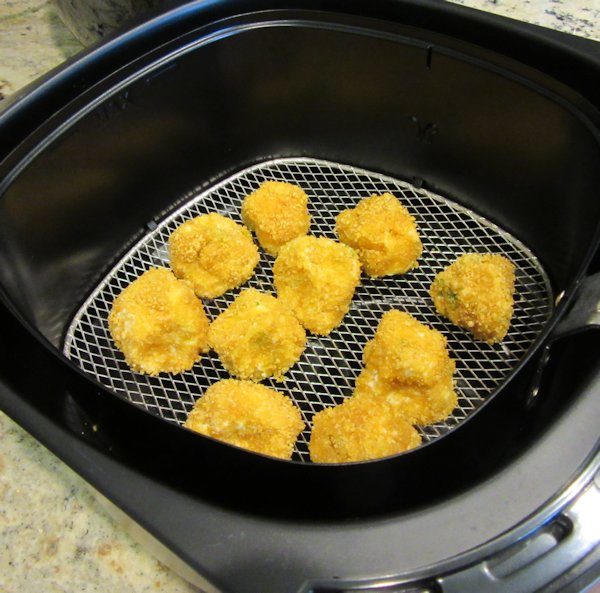 They were crispy on the outside and perfect on the inside. 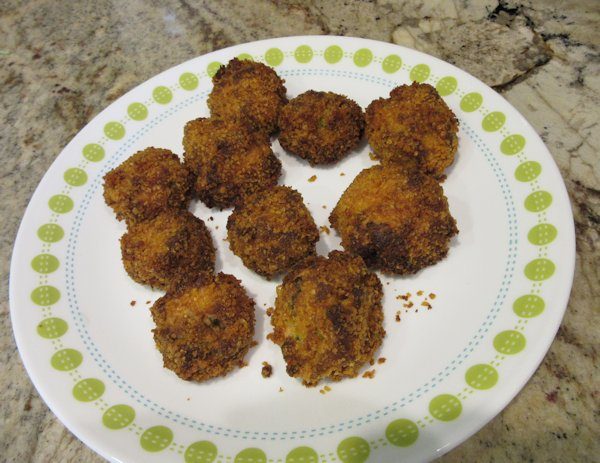 Some of the negative reviews said it isn’t a fryer, it’s a baker and the food tastes nothing like fried foods. I beg to differ. I think we would have had a hard time telling the difference in the ones cooked in the air fryer and ones that were fried the traditional method.

I kept reading that french fries were where the air fryer would really shine so while we were out Saturday, I bought frozen fries and they were right. 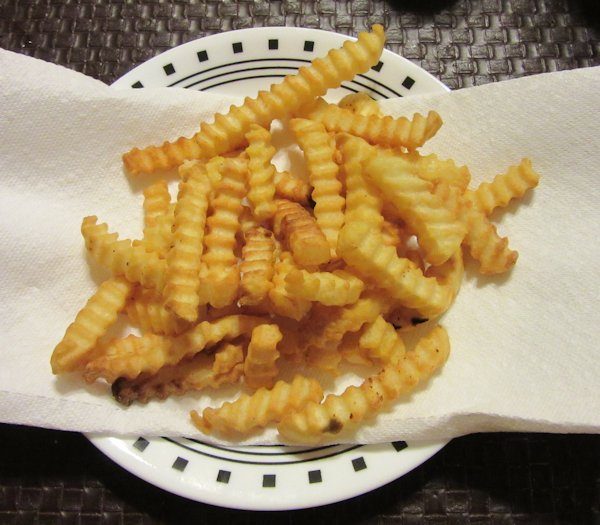 They were super crispy on the outside but still moist and tender on the inside. Vince said they’re some of the best fries he’s had.

Next up . . Buffalo Wings, then spring rolls.