This is not a “poor, pitiful me” post .. though it may sound like it. Heck, it sounds like it to me but I don’t mean it to be.

First, it was Monday night when I was having pain from what I thought was a kidney stone. I went to bed early and when I woke up, I had just a little pain but by mid-morning, it was gone. I hope to not have lithotripsy again because of that horrible stint after surgery. Yesterday afternoon, the pain began again. I took over the counter pain meds but by about 4 p.m., I was really hurting and at 6 p.m., it was either take serious pain meds or go to the E.R. so I took a serious pain pill (from when I had kidney stones 2 years ago), then . . just in case it didn’t work, I took a shower and shaved my legs!  🙂  The pain pill was enough that I could sleep and this morning, I’m not feeling horrible but there’s definitely pain.

So, in the middle of kidney stones, we had an issue with the heater in the greenhouse. I tested it about 2 months ago and it wasn’t wanting to stay on. Vince said he would look at it and clean out the “something”. Last night it was going to get cold enough, for the first time this year, that we would need a heater in the greenhouse. Thursday night, he went out to work on it and couldn’t get it to stay on. Yesterday morning, he called the propane guy and when Vince told him the brand, he said “It’s probably “this” and it isn’t worth fixing” even though the heater was purchased last year. Vince was determined it was a problem with the propane tank so he came home from work early yesterday and messed with it. He called the propane guy back and he said “bring it in and we’ll look at it”. Vince disconnected it and loaded it in the car and we drove down to the propane place. We got there and John (the propane guy) was laughing because another guy just left . . with the same exact heater we have, with the same exact problem . . which they deemed to be non-fixable.

Vince and John messed with our heater for a while and decided it was non-fixable. After a few minutes, I went back to the car because I was in pain and even breathing was hurting! 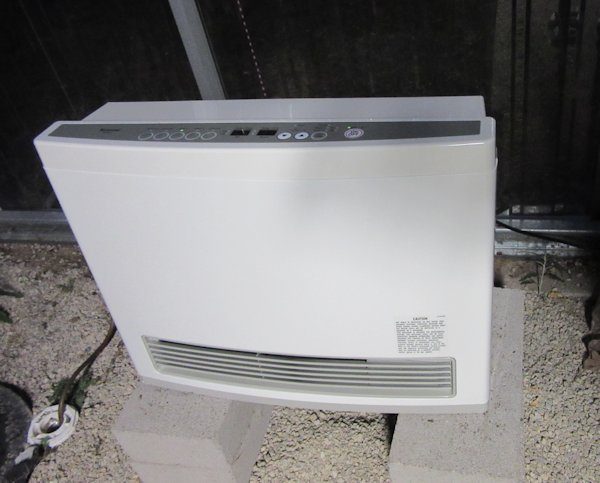 Vince ended up buying a new heater. Wasn’t it just the day before that we had a new heater/air conditioner installed in the house? It doesn’t take much of this kind of spending to make you realize how quickly you can blow through savings . . and that makes the soon coming retirement seem kinda scary! 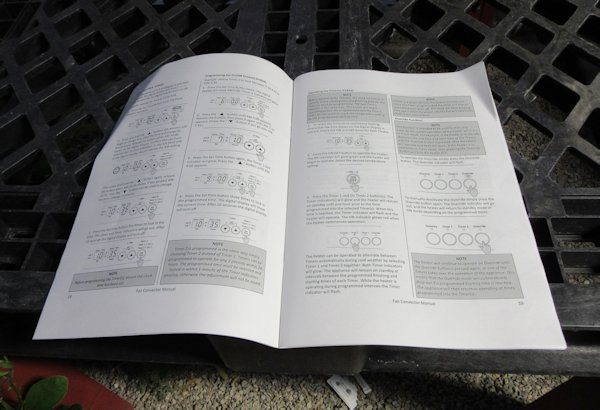 Trying to Figure it Out!

Vince went out to the greenhouse to get it all hooked up and then he came in and said “It’s hooked up! You figure out how to use it!” Great . . I was trying to decide if I should go to the E.R. before it got any later on a Friday night and then I had to go out and figure out how to set the heater.

It’s probably a good thing that old heater quit. The new one has a timer and temperature setting. The old one had numbers 1 – 4. On one, it ran continuously on low; on two it ran a little more but still continuously. It really sucked down the propane last winter and it wasn’t even a cold winter.

The new one can be set to come on at a particular time and has a temperature setting. Last night I set it to come on at 11:00 p.m. and stay 60° until 8:30 a.m. By then, hopefully the sun will be out enough to warm things up. Vince went out a little after 11 to make sure it came on. I wasn’t trusting myself to do anything right at that point last night. 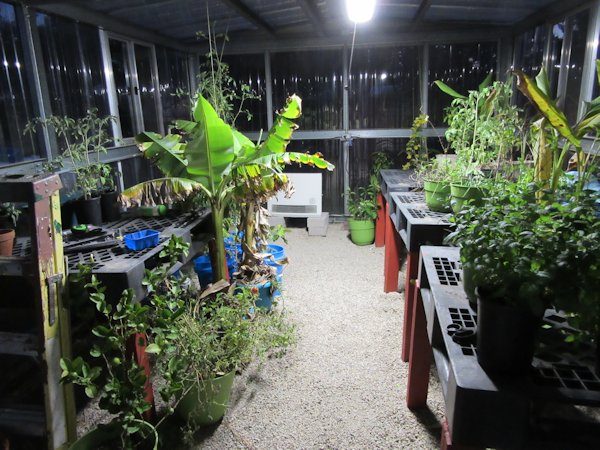 The greenhouse isn’t totally full but all my favorite things are in there. Are any of them worth the cost of that heater? No! But the greenhouse is my little winter haven. I love going out there on a sunny day, when it’s cold and windy outside but toasty warm in there from the sun; flowers are blooming, tomatoes are growing, lemon trees will bloom in there . . some day I’ll be off my diet, I will fix myself a mojito, and will be thankful for all the mint. 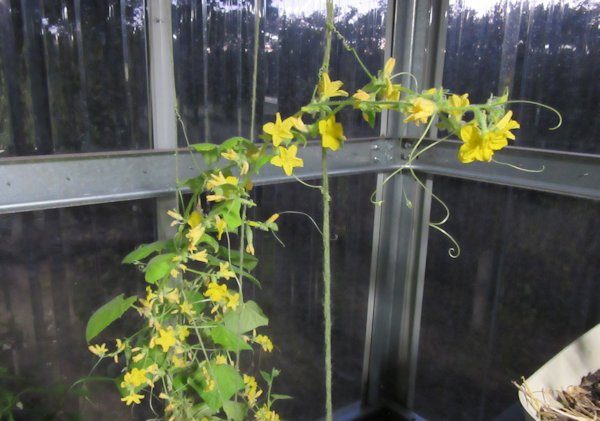 I can grow lettuce in the garden this time of year but I can’t grow cucumbers or tomatoes outside now. Last year I had plenty of tomatoes in the greenhouse and was kicking myself for not planting cucumbers in the greenhouse. This year I did and look at all those blossoms.

The price of fresh tomatoes and cucumbers in the middle of winter . . priceless!  🙂  That’s what I keep telling Vince.