This morning it looked funny with all the plants moved into the greenhouse. 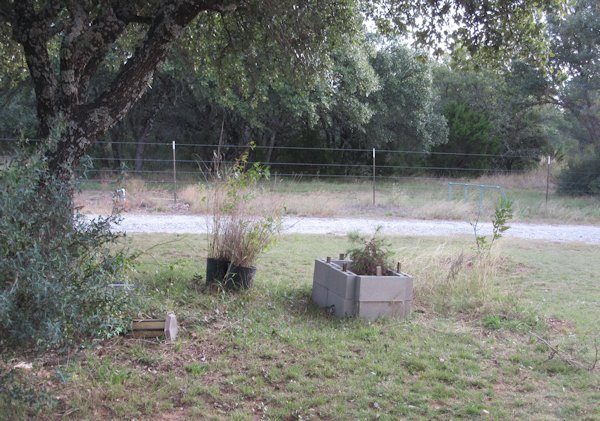 All the lemon and lime trees had been sitting here under the trees but we moved them all into the greenhouse yesterday afternoon. 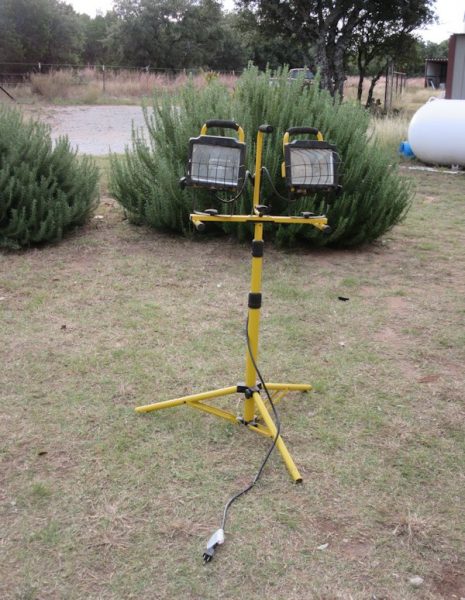 Vince had set up lights for the air conditioner guys who were working after dark. They’re still out there but I’m going to move them back into the shop. 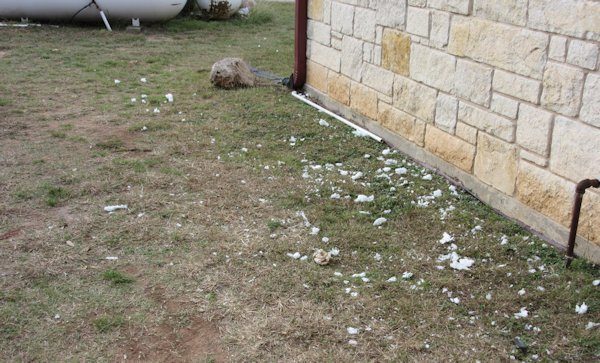 It looks like something got shredded but that’s the residue from the insulation that was blown into the attic yesterday. I tried raking it up but it’s so windy, it’s just blowing everywhere so, for now . . I’ll just pretend it’s snow!  🙂

The other day on Facebook, a friend from when we lived in Kentucky asked me if I ever miss the snow and yes, I do. I miss those first couple of snows when it’s clean and white and pretty. I don’t miss lots of snow and having to keep the driveway plowed or shoveled. I don’t miss trying to keep the chickens’ water from staying frozen, or making several trips an hour to the chicken coop to get eggs before they freeze. It’s a toss up for me as to which I dislike most: months of 110°+ or the snow. It seems that in MO, which is probably the only place we’d ever go if we left Texas, they have some pretty hot, dry summers too . . not quite as long as we have; but they definitely have way more harsh winters, as well as more chances of severe weather so for now, I’m pretty happy to be in Texas. No place is perfect but our little spot here is about as perfect as it’s ever going to get for us.