I doubt I ever make another pair of gloves. I do not like making fingers! Last night I finished the second glove, using the correct measurements from the pattern only because a blog reader pointed out that I should be making my fingers 3mm shorter instead of 3cm shorter. I still can’t believe I read that over and over and saw it as cm every time. There’s nothing the designer could have done to make it more clear . . I just missed that little detail.

After finishing the second glove, I tried on the first glove again and only two fingers were significantly shorter than they needed to be. Two out of four . . 50% . . could have been worse. The thumb and two fingers were ok so I opened up the end of the finger, spliced the yarn and added about 4 rows to each finger and I’m done! 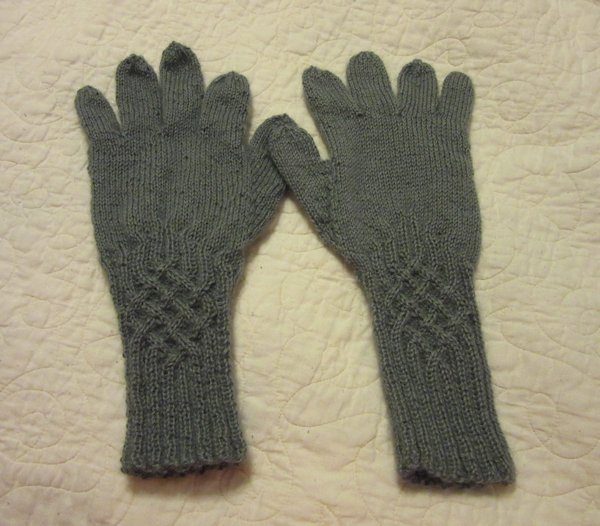 This week I finished:

There’s nothing else pending that has to be made. I think I’m going to go back to working on my Partly Sunny shawl. It will feel good to be working on something that doesn’t have a deadline.