My cleaning and organizing this morning brought not only less clutter and dust but tears! I came across this envelope: 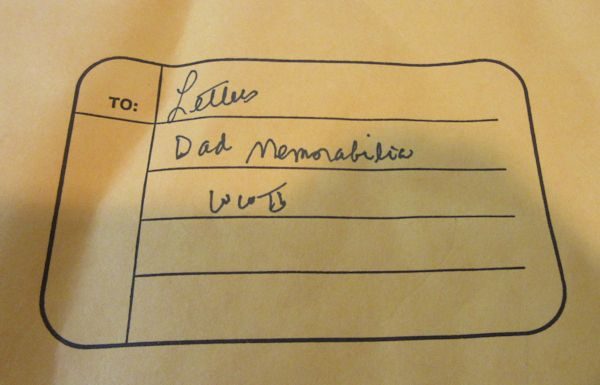 In the envelope are lots of  papers my dad saved. 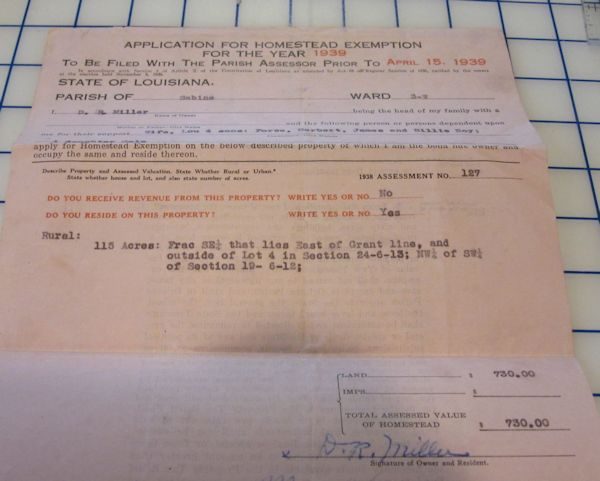 Above is the Application for Homestead Exemption for 1939. It’s funny that they list the people who depend on the head of the family for support – a wife, a daughter and 4 sons. One son had already left and one daughter was already married. Of the four boys, my dad is the only one still living. Both girls are still alive.

115 acres with a house and the assessed value of the homestead was $730. Another thing that touched me . . I never met that grandpa and there’s his signature.

What really got me was this: 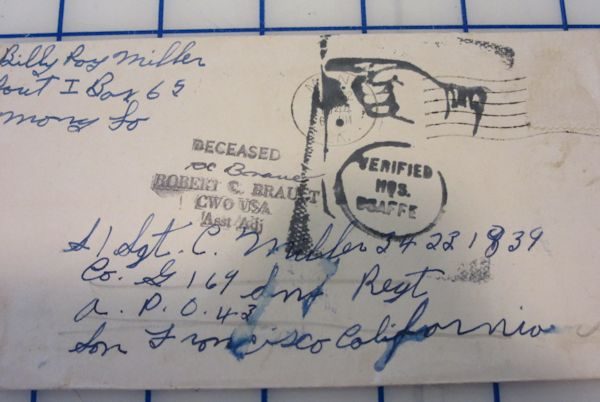 It’s the envelope containing a letter my dad wrote to his brother, Charles, and it was returned because Charles had been killed in the war. I can’t rad the date on the envelope but there are several letters to Charles that are in the manila envelope and they are all dated 1944 or 1945 so dad would have been 10 – 12 at the time. A couple of the letters were written either by my aunt or my grandma – definitely not my dad’s handwriting.  I can’t bring myself to read the letters. That seems like an invasion of privacy.

I’m guessing someone came and told them Charles had been killed but it just seems so sad to get that envelope back, marked “Deceased”.  I had to wonder if the ink smears were from tears!

May we never forget the sacrifices of those who served! 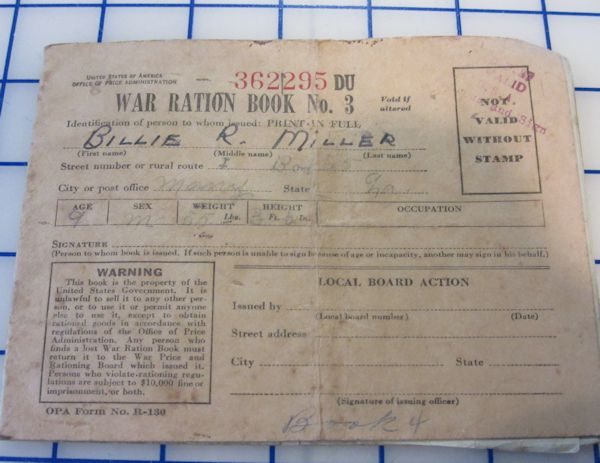 On the back of the book, it has instructions and all kinds of info. One thing it says:

“This book is your Government’s assurance of your right to buy your fair share of certain goods made scarce by war. Price ceilings have also been established for your protection. Dealers must post these prices conspicuously. Don’t pay more.

“Give your whole support to rationing and thereby conserve our vital goods.”

Chances are we will never face this in our lifetime but can you imagine living through this? My mom and dad’s parents lived on farms so they were probably much better off than most.

Well, I’ve used up all the Kleenex in the sewing room so it must be time to head back to the house!