SOCKtober was new to me this year. I didn’t realize that a lot of folks “pre-loaded”. Since you only have to do “some amount of knitting” in October, many folks had lots of socks almost done except for a few stitches so if they were finished in October, they counted.

I got 5 pairs completed which didn’t compare to the 20+ pairs that some folks finished. I was happy to get 5 pairs finished but next year, I’m going to be ready for the competition.

The first pair I finished was my second pair of Diamondbacks. 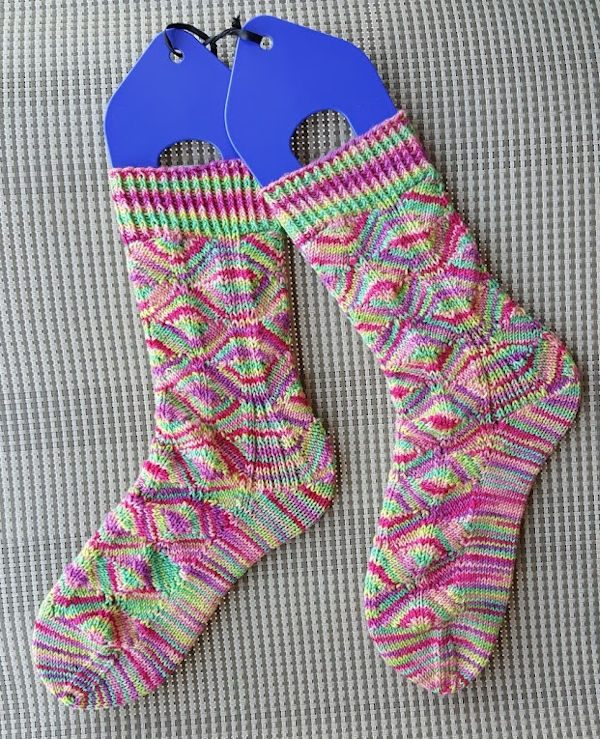 The second pair I finished, which I also started during the month, was my Blether Socks. 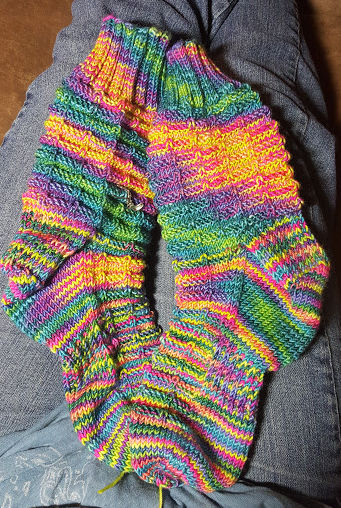 The third pair was the Bobble Socks. These were also started in the middle of October. 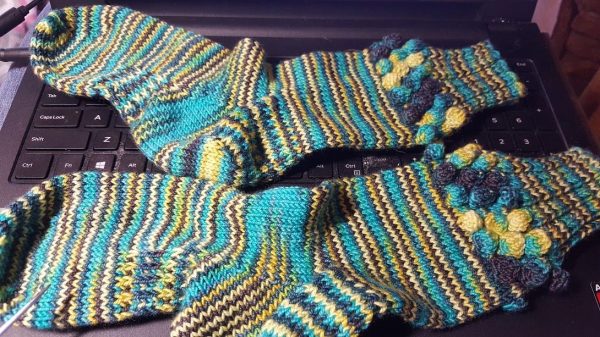 The fourth pair is my orange & black socks. 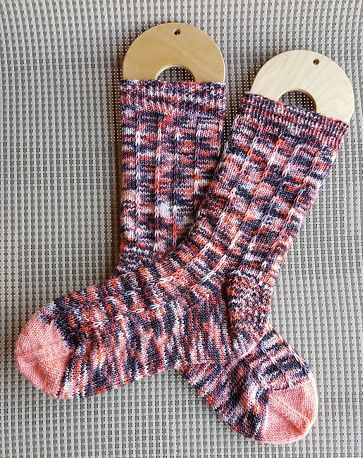 The 5th and final pair – the mystery socks that we started on October 1. 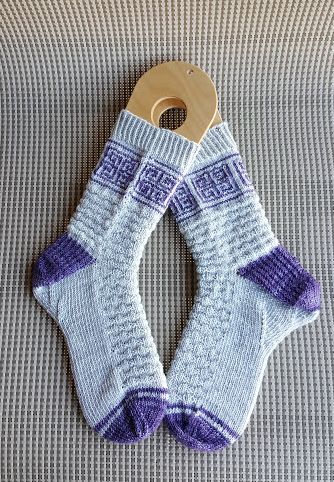 Five pairs finished in a month, with four of them having been started in October. Not bad but next year will be better.